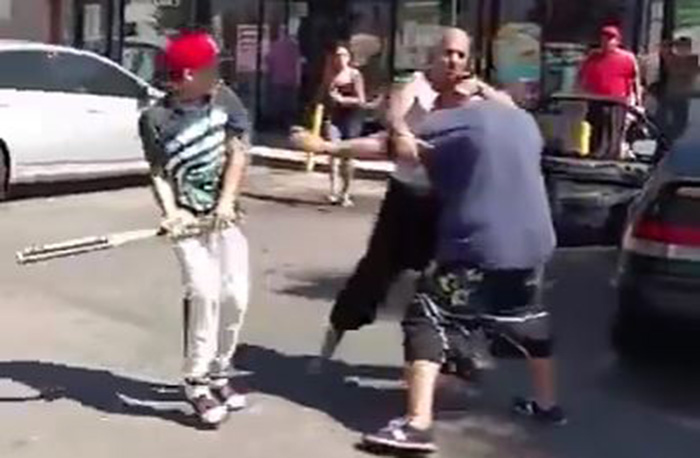 There’s nothing like taking turns with your son smashing some guy up with a baseball bat to really strengthen that father/son bond.

Not entirely sure how this one kicked off, but it’s heartwarming stuff to see this kid has his dad’s back 100%:

I’ll bet those two are tighter now than they’ve ever been. I mean why take your son bowling or fishing or whatever other typical father/son activity when you can both kick the shit out of someone instead? That’s way more fun. Not to mention an amazing memory you can both hold on to for life. Just a shame about that twat shouting ‘World Star’ over and over, but hey he did it record it for us I suppose.

Oppositely, here’s the story of the father who ruined his son’s life in the worst way possible ever.