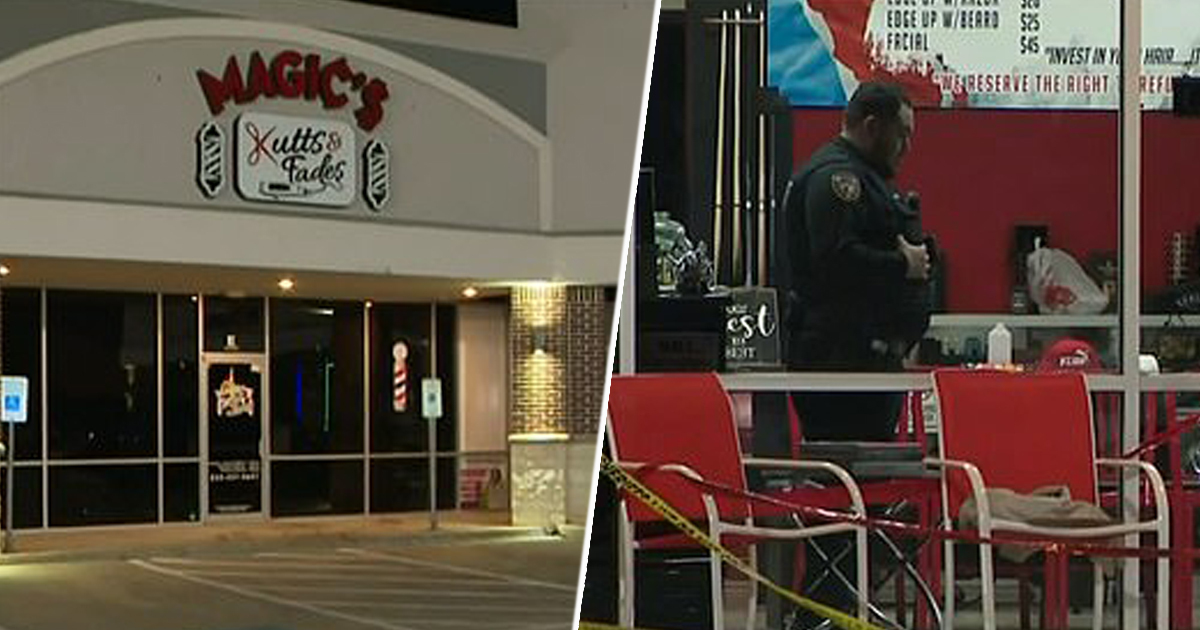 It’s probably fair to say that we’ve all come back from the barber’s feeling less than happy with how they had managed to screw up our barnets, but I doubt anyone has taken the decisive action about it that the guy in this story has done.

The unnamed man is wanted in Houston, Texas after being accused of shooting a barber at Magic’s Kutts & Fades barbershop three times in the stomach, leg and arm after being so enraged by the state of his 13 year old son’s hairstyle. It’s being claimed the the boy returned home after receiving the haircut, only to be brought back to the barber when his father saw it leading to the argument.

The barber agreed to fix the haircut for free, but the pair still ended up arguing about it which led to the shooting. He was rushed to hospital and is currently listed in a stable condition, with a full recovery expected. The suspect is still on the run.

UPDATE: The suspect is a black male. Vehicle may be a gray 4-door sedan, possibly Honda Accord. Witnesses say he shot an employee while arguing over a haircut given to the suspect’s son. #hounews

The argument was over the 13-year-old son’s haircut. He went home, came back. They fixed the haircut for free and then that’s when the altercation occurred.

[…] That is one of the worst ones I’ve heard, especially with your son being here, witnessing what you’re doing.

Yeah I mean the guy’s got a point – if you’re shooting someone over the fact that he gave your son a bad haircut then it sounds like you’re some Michael Douglas Falling Down level of anger/stress and that’s not a good look whatsoever. Let’s hope the authorities manage to apprehend him and the kid isn’t too badly affected by it, although I’m not hopeful about any of that really.

For more of the same, check out this guy whose haircut looks like an Aldi barcode. Surprised his barber hasn’t got it.