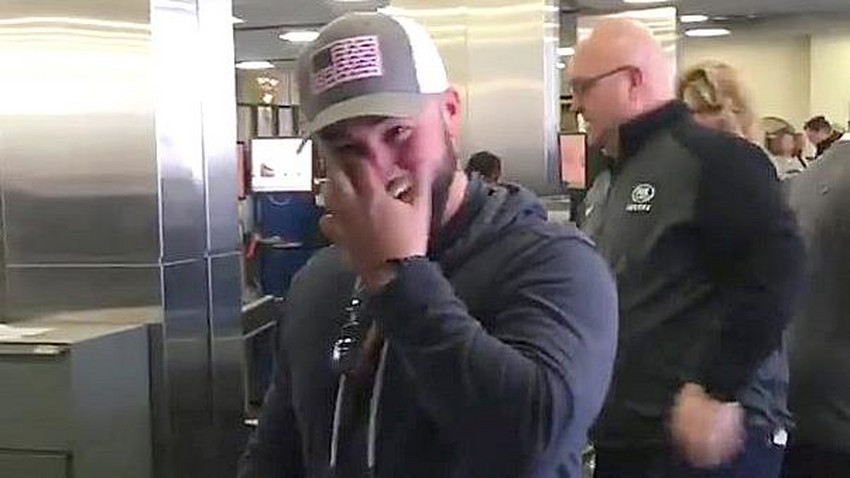 However, I guess everyone isn’t Ted Andressen from New Orleans, who thought it would be a great idea to play this prank on in his son when they were heading on holiday somewhere. Needless to say the acute embarrassment that he’s feeling is palpable and it’s a very awful prank for someone to play on their son, but Andressen actions have been justified by the fact that his Facebook video now has 30 million views

Watch and learn from the master:

Damn that’s awkward. That guy should be thankful he’s wearing a cap because he would pretty much get recognised anywhere he went for the rest of his life if he hadn’t. Might just about get away with it now though. Just about.

For more of the same, check out this video from a stag do of the same thing. Not as good but still pretty hot.