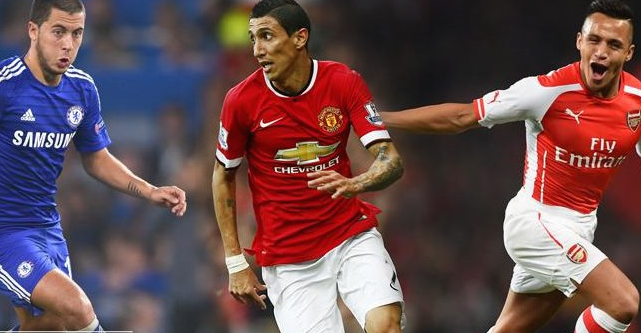 When you think about the fastest players in the Premiership, you generally think of players like Angel Di Maria, Eden Hazard, Alexis Sanchez and Alex Oxlade Chamberlain, so you’ll probably be pretty surprised when you find out that the fastest player in the Premiership isn’t any of these characters and isn’t even a pacey winger or striker. In fact, we’re pretty sure you won’t believe who it is at all. And no, it isn’t the fan who ran onto the pitch and took a free kick either.

The correct answer is – amazingly – Everton defender Phil Jagielka who managed to clock up a speed of 35.99 km/hr in a recent match. Who would have thought it huh? Shame that Everton were conceding so many goals with such a fast defender at the back.

If you’re doubting these stats – and to be fair, you probably should be – then know that they come from EA Sports who amazingly track every single movement of every single player in the Premiership to help develop the stats for their video games, and you can’t really argue with that, can you?

Even more amazingly they’ve produced a list of the top ten fastest players in the Premier League this season and nobody that you really think would be in is event featured and instead it’s populated by people you might not even have heard of like Connor Wickham, Richie De Laet and Joey O’Brien. What the hell is going on? 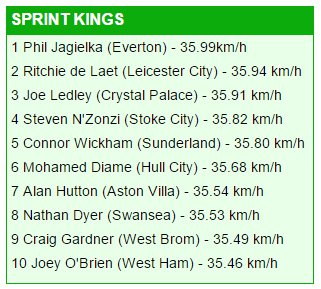