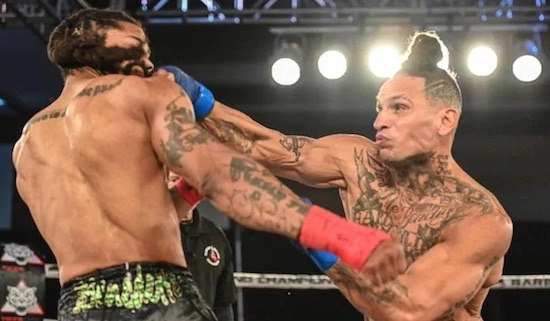 It’s always funny to see an elite sportsman get knocked out really quickly in a combat sports situation and this week it’s the turn of Donelei Benedetto who was knocked out in just three seconds at the hands of Ulysses Diaz during a recent bare knuckle boxing match in Florida.

There’s not really that much to say about this so you might as well just dive in and watch the clip below:

Wow. I like the way Diaz managed to throw two punches there but only one of them connected so it’s effectively a one punch fight. Benedetto is gonna be absolutely gutted about that if he ever realises what planet he’s on again. Man got badly tagged.

For more of the same, check out this 500 pound male fighter getting dominated by a 140 pound female fighter. You love to see it.