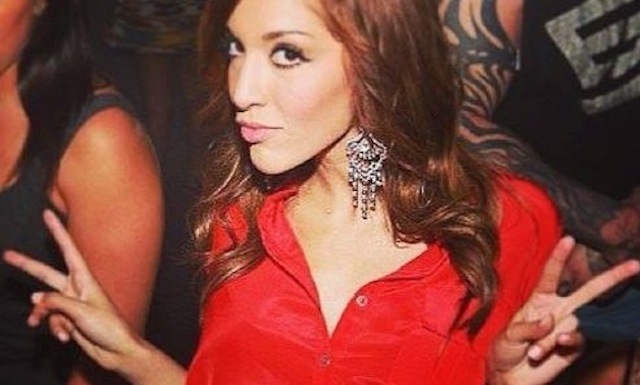 Farrah Abraham is positively ON FIRE. After everything sheâ€™s already accomplished in her relatively short time on Earth sheâ€™s now releasing her own â€œerotic romanceâ€ series.

“I was inspired to write a book about someone who went from being ‘normal’ to a reality star in the public eye. Book One: In the Making allowed me to explore my personal experiences over the last year while also branching out into fiction at the same time. Ellora’s Cave Publishing was the perfect fit for my first romance series because they celebrate women’s sexuality in a positive and healthy way. Starting the Celebrity Sex Tape series allowed me to transition my energy into a learning experience for me and my readers.”

Never in history has one person taken the title of ‘slag’ and ran so hard and so fast with it. You’ve just got to respect her all the way. First she had her own TV show, then she made a sex tape, then she made a sex toy mould of her vagina, then she did her bit for feminism (kinda), and now she’s writing a book? Is there nothing she can’t do? Industrious as a motherfucker.

Don’t forget she has a small child too. Name one other single mum out there doing all the things Farrah Abraham is doing. You can’t. Big ups.

â˜› Read Next: Teen Mom Farrah Abraham Wants To Be A Virgin Again