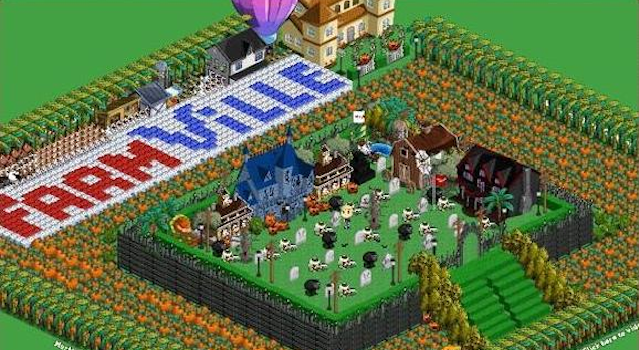 The Farmville Gang claim they didn’t know the cows had to be real in order to receive government subsidies.

Here’s another truly inspired attempt at fraud, this time coming to us courtesy of Romania, a country we definitely don’t feature enough of on Sick Chirpse and a country that finally seems to have found some use for Farmville, other than annoying the crap of me every time I logged onto Facebook 18 months ago.

What are being dubbed a ‘Romanian Farmville Gang’ (love the use of the word gang) of eight guys managed to fleece the government out of £400K in subsidies for their fake farms which existed on the game. The gang claimed to own 1860 cows between them and as such received £100 per animal over three years and performed a bunch of similar scams of the same ilk to make up the difference.

Shockingly, once the government found out about the fact that the crucial detail that the cows weren’t actually real and stopped the payments to the gang, the gang decided to take matters into their own hands and sue the government for lack of payment. The gang claimed that they weren’t told that the cows had to be real when they applied to claim their subsidies. That’s almost as inspired as Harry Redknapp’s claims that he couldn’t read of write.

As it is though, given how lax eastern European countries are with the exact definition of their laws, the Farmville gang might actually have a chance of winning the case. I would normally think that was awesome as it’s beating the system, but I can think of a bunch of better ways that £400K could probably be spent over there so I can’t really get fully behind it. That, and if they win it will just keep encouraging people to play Farmville (at least the Farmville Gang will have to keep playing, but it could inspire others to try the same thing) and I really can’t get behind that because it’s one of the most annoying things ever and the sooner it gets out of my life the better.

â˜› More Scams: Badass Russian Completely Scams His Bank And There’s Nothing They Can Do About It