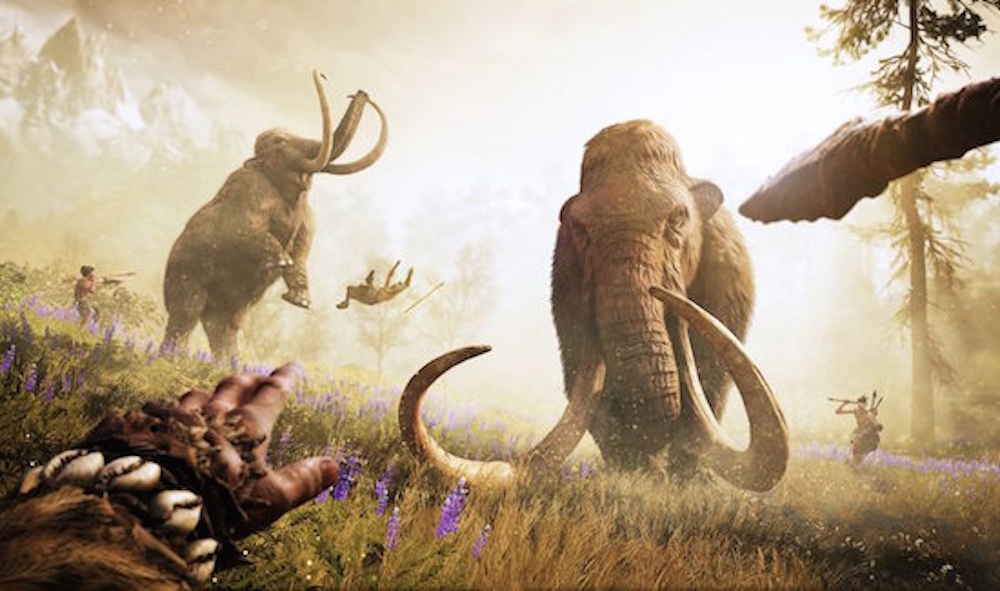 This is a totally new development in the world of FPS – first person spears.

The FarCry franchise has been coming out for over ten years now and every game features a totally expansive humongous landscape and a completely different plot line and characters.

Usually these are set in some kind of jungle/tropical island but they’ve all been in the present day there or thereabouts, but they’ve decided to massively shake things up for the next instalment by taking us back to the primitive for FarCry: Primal. More specifically, they’re taking us back to 10,000 years BC, where sabre tooth tigers and wooly mammoths wandered the Earth. Check out the trailer:

No details about the plot have been revealed yet, but it looks like you’ll be in some tribe roaming the country and getting into regular skirmishes with mammoths and tigers as well as other scary looking tribes. I wouldn’t be surprised if there was some kind of massive tribal warfare plot line as that’s what usually happens in these games.

It’s great that they’re trying to pioneer a totally new perspective on the genre with this though. I suppose we had Turok: Dinosaur Hunter way back in the day but that still had guns, whereas this looks like it’s solely going to rely on hand to hand fighting and bows and arrows which is really out there and promises to be completely different to anything out there on the market.

However, that of course doesn’t necessarily mean that it’s going to be particularly good. We only have to wait until February to find out though. Until then why not try and beat Ark: Survival Evolved because that looked like it was going to work on a similar theme, and also looked similarly dope.