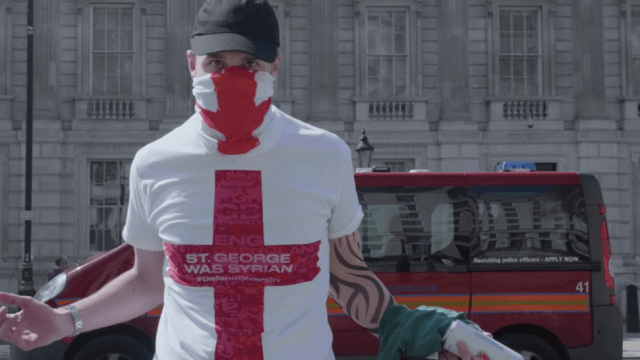 While for most of us today was spent nursing a four-day hangover and wishing we didn’t have to be back at work, for some it was simply an extension of their holiday as they celebrated St. George’s Day.

As you might imagine, the far-right nationalists were out and about trying to promote division and hatred while defending a heritage that they don’t realise is built on diversity.

In a bid to educate this ignorant subset of the UK (and have a bit of a laugh while they did it), this weekend an anti-hate group tricked fascist protesters into wearing t-shirts reading “St George was Syrian #DefendDiversity”. And their plan worked a treat.

Tell MAMA gave out 100 of the shirts that originally read “free St George’s cross” to people going to nationalist demonstrations. Little did they know that the tops were actually heat sensitive and the true message was triggered as soon as the sun hit.

Speaking about the stunt, a spokesperson said:

We distributed t-shirts to far-right nationalists celebrating St. George’s Day. When they proudly donned their new t-shirts, little did they know that their body heat triggered the message to appear.

The prank was executed at St. George’s Day gatherings across London to champion the vital role that immigrants play in shaping our nation and to tackle the dramatic growth of far-right hate.

According to a Home Office report, in 2017/18 there were 94,098 hate crime offences recorded by the police in England and Wales, an increase of 17 per cent compared with the previous year. 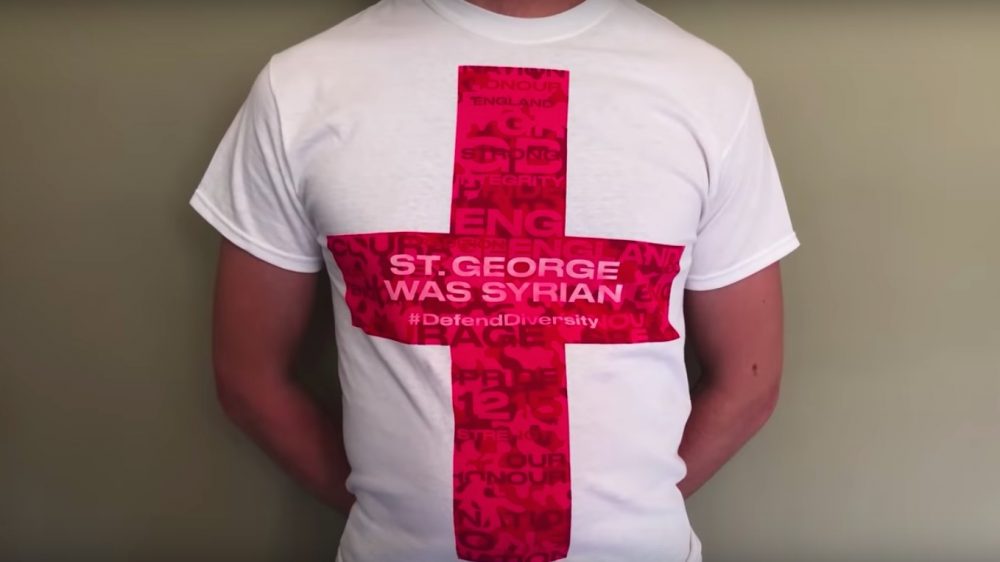 In light of the recent surge in division and hate crime, we wanted to reclaim the St. George’s Cross from those who spread division and celebrate it as a symbol of diversity.

Definitely a more tactical move than this guy, who decided to just straight-up punch a nazi in the face at a white supremacist march. That’s one way of getting your point across.