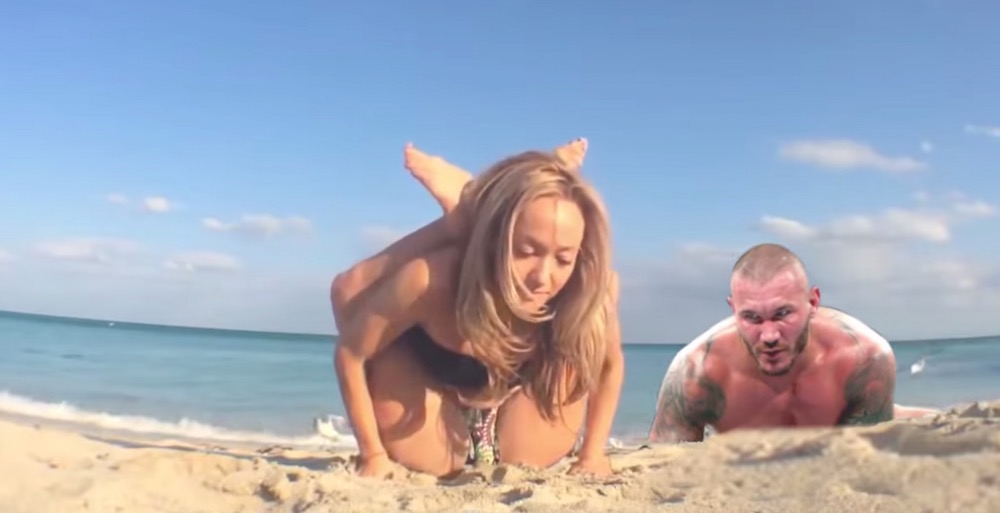 It also features guest appearances from the Hulk, Batman, Terminator and Shia LaBoeuf.

Is there no limit to how funny Randy Orton giving an RKO to people can be? It’s possible that there might be, but I think in the current climate with excellent RKO videos  popping up seemingly every day that it’s going to be a long, long time before anyone gets tired of them.

We might have reached the zenith with this Randy Orton vs Superman fake trailer though because it’s pretty much perfect in every way imaginable. You get to see Randy Orton go up against not only Superman but Batman, The Hulk, rocket ships and Shia LaBoeuf and of course he RKOs them all and it doesn’t seem like there’s any stopping him whatsoever. It’s also one of the most epic and suspenseful trailers ever and I’m pretty sure that anyone who watches it would pay to see such a movie.

In fact, I don’t really understand why somebody doesn’t make this movie because it would be an absolute smasher. Start a crowdfunder for it already, seriously.