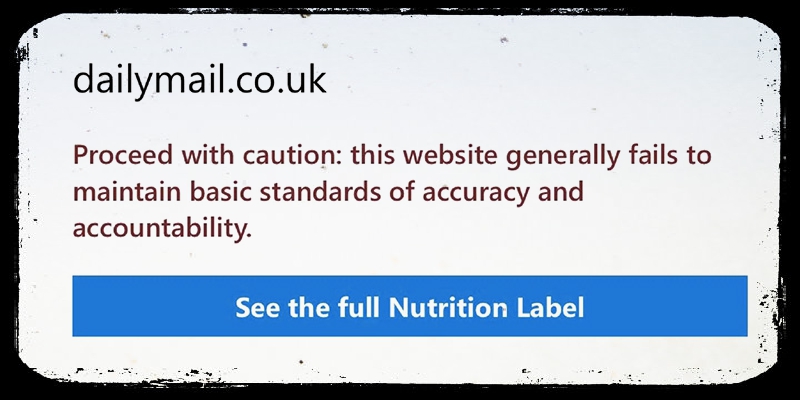 I don’t exactly think it’s rocket science to assume that there’s a lot of bullshit and fake news on the MailOnline’s clickbait website, but to see another straight up run some tests on it and confirm this with data is still some massive lolz.

The website NewsGuard is a service that has been designed to identify and eliminate fake news and has teamed up with Microsoft to be included on their new browser The Edge – the spiritual successor to Internet Explorer. When run on MailOnline, NewsGuard gives the site one star out of a possible five, citing that ‘it does not maintain basic standards of accuracy’, amongst other complaints: 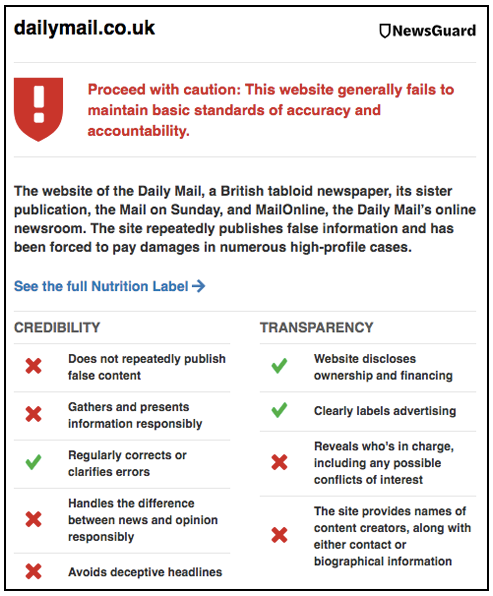 Yeah, even though most of the more woke members of the world probably already suspected/knew all these things were true, it’s pretty satisfying seeing it right there in public. Of course, you could probably argue that NewsGuard might have some ulterior motive against MailOnline, but co-founder Steve Brill moved quickly to dispel this:

We want people to game our system. We are totally transparent. We are not an algorithm.

We spell out fairly clearly in the label exactly how many times we have attempted to contact the Mail. T

he analyst that wrote this writeup got someone on the phone who, as soon he heard who she was and where she was calling from, hung up.

As of now, we would love to hear if they have a complaint or if they change anything.

Sounds pretty confident there doesn’t he? And to be fair I believe him on this one you know. Why wouldn’t I when it’s obvious that The Daily Mail/Mail Online is completely full of shit about everything. Toss rag.

Of course, I know everyone reading this is bound to say in the comments that Sick Chirpse is fake news and not a reliable source either and yeah, fair enough. We never claimed to be journalists – we’re just taking stories from what we see on the internet and curating them for you. Sometimes we get caught about by the stuff that isn’t real as well, we’ll hold our hands up on that one. At least we admit it.

For more fake news, check out this story about Trump’s daily folder. So dumb.