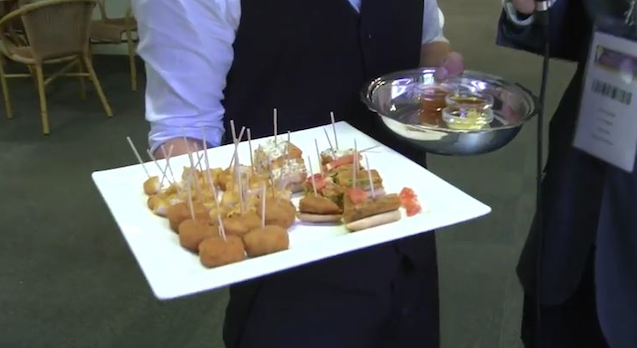 How many people fall for it?

McDonald’s has a reputation for really crappy food – so much so that they’ve recently unleashed a campaign attempting to explain what they actually put in their food – but this video proves that it isn’t actually the food that tastes bad and is just the perception of it which contributes to the negative outlook on it.

In the video below, two Dutch dudes called Sacha and Cedrique bring their McDonald’s to a food exposition in Houten in the Netherlands. The thing is, they’ve chopped it up and told everyone they’re an organic food company. How many do you think believe them?.

NB – the video is in Dutch so you need to click CC on the video to get subtitles.

There are some real hoots in this video, especially when they specifically ask what makes this food better than McDonald’s and other fast food takeouts. Way to get got idiots. I guess they had no reason to not believe them but they still look like idiots, probably more so than these people that talked about bands that didn’t exist like they knew everything about them.