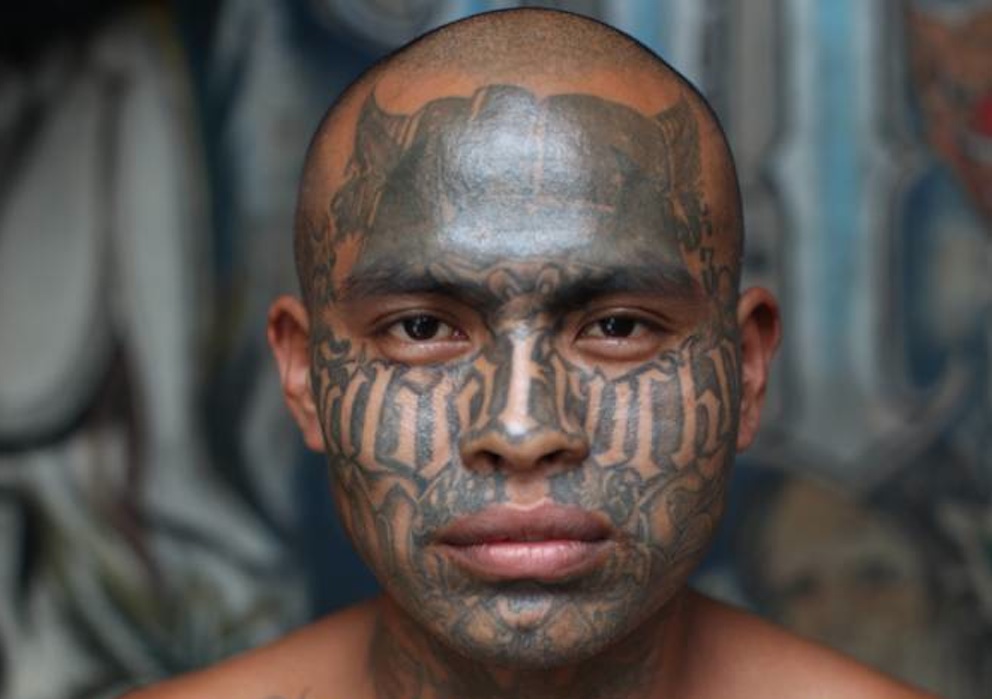 They’re so dangerous they’re even left to run their own prison, with guards only patrolling the outside.

These are portraits of the men incarcerated in the Penas Ciudad Barrios in El Salvador. They’re all members of the Mara Salvatrucha (MS-13) gang, who are known as the most dangerous gang in the world.

There are 2500 of them incarcerated in Penas Ciudad Barrios and they’re so terrifying that no guards actually patrol the prison – they just throw them in there and patrol the outside, leaving them to their own devices. Kind of like Prison Break season 3 I suppose, but the less said about that the better.

In 2013, London based photographer Adam Hinton was given unprecedented access to photograph them and came up with the following photo collection which you can view on the slideshow below by using the arrow keys to move left or right.

Hinton had this to say about his time in the prison:

The men stand around aimless with nothing to do except kill what seem like an infinity of minutes, hours and days.

The vast majority of the inmates from the Barrios or slums. In El Salvador this is a place without hope or opportunity and the gang is the only real option.

If the authorities catch you this is the place they literally dump you and forget about you — every inmate is made to feel just like that.

Sounds like one of the absolute worst places in the world, kind of like how bad the place in Prison Break season 3 was multiplied by actually how bad the show was that year. Their crimes range from drug dealing to murder and their tattoos tell the stories of their crimes and the loved ones they have lost. The portraits are haunting, to say the least.

If you enjoyed this, then check out this collection of portraits of the most dangerous gangs in New Zealand. 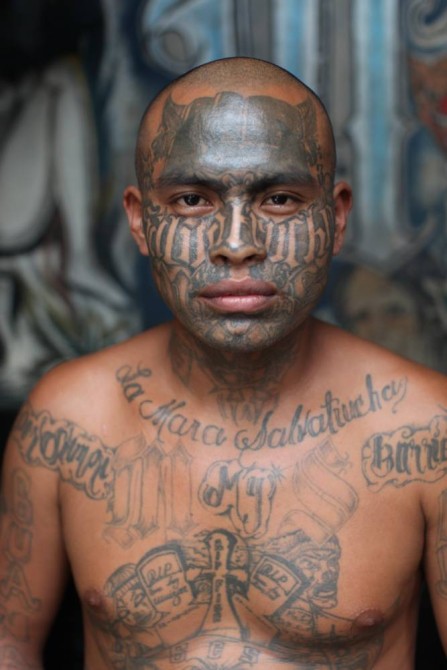