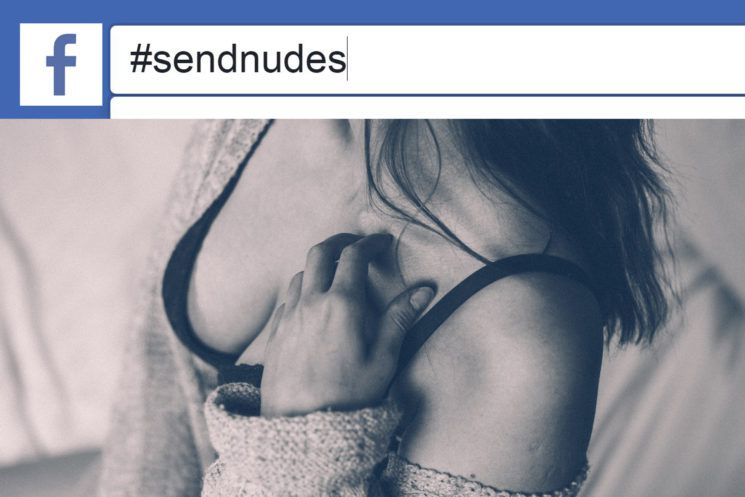 Does this plan make sense?

Although the idea of sending nudes to random people in order to stop people you used to like sharing them on the internet sounds somewhat bizarre to being with, it does actually make sense. The mentality behind it is that if you send Facebook your nudes then they can identify and mark the picture before it’s uploaded, so that anyone trying to upload it on any of their platforms (Facebook, Instagram, Messenger) will be prevented from doing so. See, it does actually make sense right? 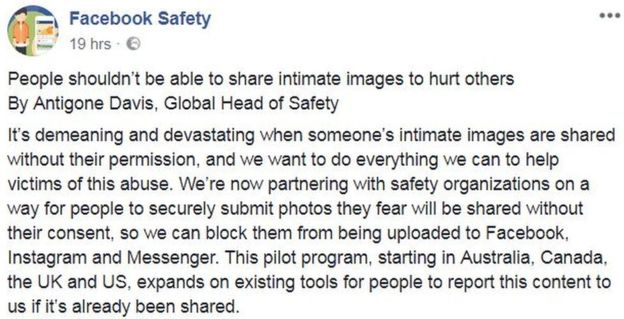 The thing is there are a lot of flaws in the plan though. Despite the fact that Facebook have assured us that only a team of five trained specialists will see the pictures, I’m fairly certain that nobody is going to want to willingly send a nude to some random people on the offchance it might mean their psycho ex boyfriend won’t widely share it instead. It’s kinda like cutting off your nose to spite your face as there’s no guarantee that the people you send it to won’t just laugh at it and pass it around too.

There’s also the chance that you might not even own the picture that you’re worried about getting out there as you might not have taken it. Also it’s not exactly hard to crop a photograph or put an Instagram filter on it or something so it’s not identical to the image that has been banned from being uploaded. There’s basically so many loopholes with it that it just looks as if Facebook are trying to get you to send them your nudes, which knowing how Zuckerberg feels about manipulating data might be exactly what they’re doing.

Anyway, Facebook already trialled the service in Australia and are now rolling it out in the UK, US and Canada. They haven’t released the results of the Australia test run yet so your guess is as good as mine as to how it went. Probably not that well, but at least Facebook got some nudes out of it right?

For more of the same, check out this Mexican actress getting back at a blackmailer by sharing a topless picture of herself. Legend.