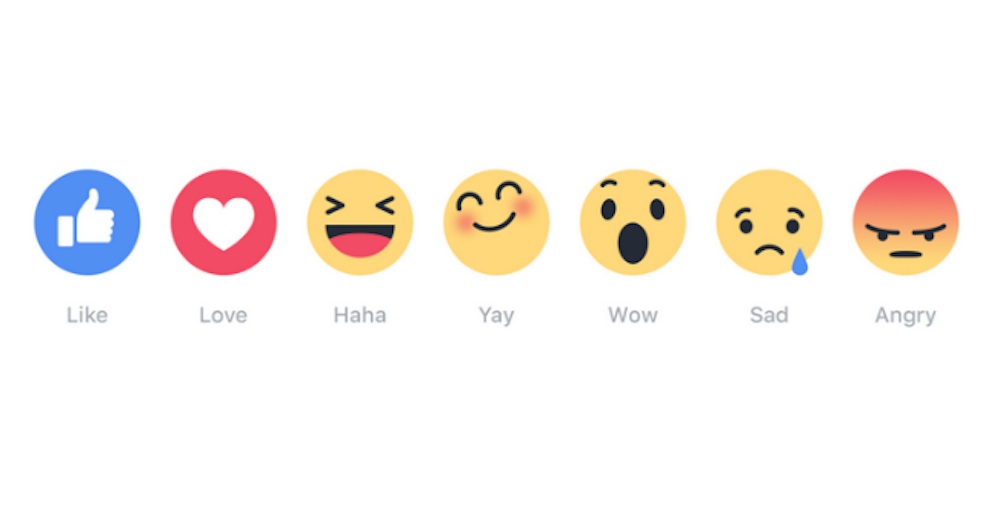 Remember a few weeks ago when Facebook said that they would be implementing a dislike button and we were all so stoked about it as we could finally dislike all the self congratulatory narcissistic Facebook statuses we have to put up with every day? Well, it turns out that isn’t exactly what they meant.

Instead of a dislike button, Mark Zuckerberg and his cronies have instead decided to install a selection of emojis that they’ve cleverly termed ‘Reactions’. Facebook’s chief product officer, Chris Cox had the following to say about them:

As you can see, it’s not a ‘dislike’ button, though we hope it addresses the spirit of this request more broadly.

We studied which comments and reactions are most commonly and universally expressed across Facebook, then worked to design an experience around them that was elegant and fun.

In case you need any more help understanding them, they also reeled out the following educational video too:

I suppose on the one hand it’s good that Facebook are finally giving us more options to describe how we feel about a post other than a like (this is clearly a very important problem in modern day society), but it’s not exactly giving us the emotion to express that we feel like the poster is a smug cunt who needs to shut up is it? I mean angry MAYBE could be construed as that but not really. It’s just pretty disappointing Facebook – YouTube has had a dislike button for years and nothing has ever happened with it, what’s the problem with that?

The reactions aren’t available everywhere yet and are currently only being trialled in Ireland and Spain before they make it to the rest of the world. To be honest I can see there being enough people being stupid with them that they might not even make it to the rest of the world, but I suppose we’ll find out sooner or later. I can’t wait to troll people by loving all their negative posts and being angry about them going on holiday all the time. Not.

Remember emojis in real life? These are probably going to be even more terrifying that those if they ever get the same treatment.