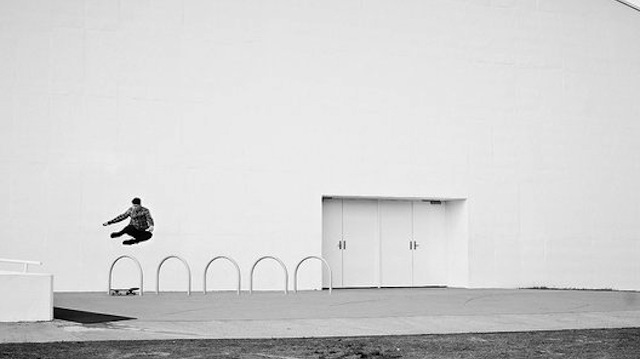 Fabiano Rodrigues is a photographer from Sao Paulo, Brazil who approaches his photography through skateboarding. Since 2010, Rodrigues has been interested in taking self portraits of himself skateboarding, and uses a Hasselblad camera with a remote control to record the apex of his own motion in a previously planned framework. The shots he explore the history and repertoire of skateboarding movements and in particular its relationship with the city, its architecture and urban furniture.

Rodrigues specifically tries to create shots of him skateboarding near architectural landmarks such as buildings designed by the famous Brazilian architect Oscar Niemeyer. The addition of this cool looking buildings and the timing of the shots of him skateboarding – normally at the sickest exact point of the trick – means this his photographs look completely epic and original. .

Rodrigues’ work was exhibited in the Pinacoteca do Estado de SÃ£o Paulo Collection and his artistic relationship with this institution allowed him to continue his work within the museum and take a variety of shots of him skateboarding within it. This developed into a new series where he traveled to several leading art institutions/museums over the world and shit himself skateboarding in them, including The MALBA in Buenos Aires and the Poznan Cultural Centre in Poland. For some reason it also seems like he’s naked in some of these shots too, which I don’t really get but it probably has something to do with artistic expression or illustrating the relationship between nature and skateboarding and architecture or something. 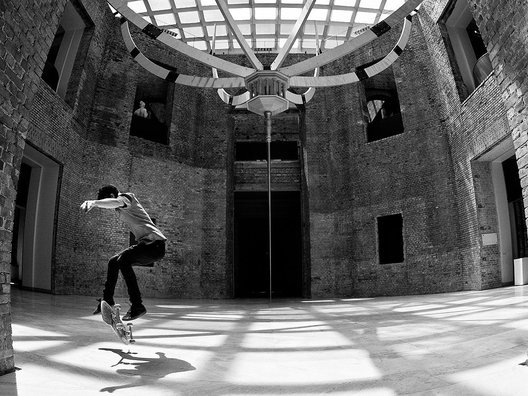 Check out the full collection on the following pages: