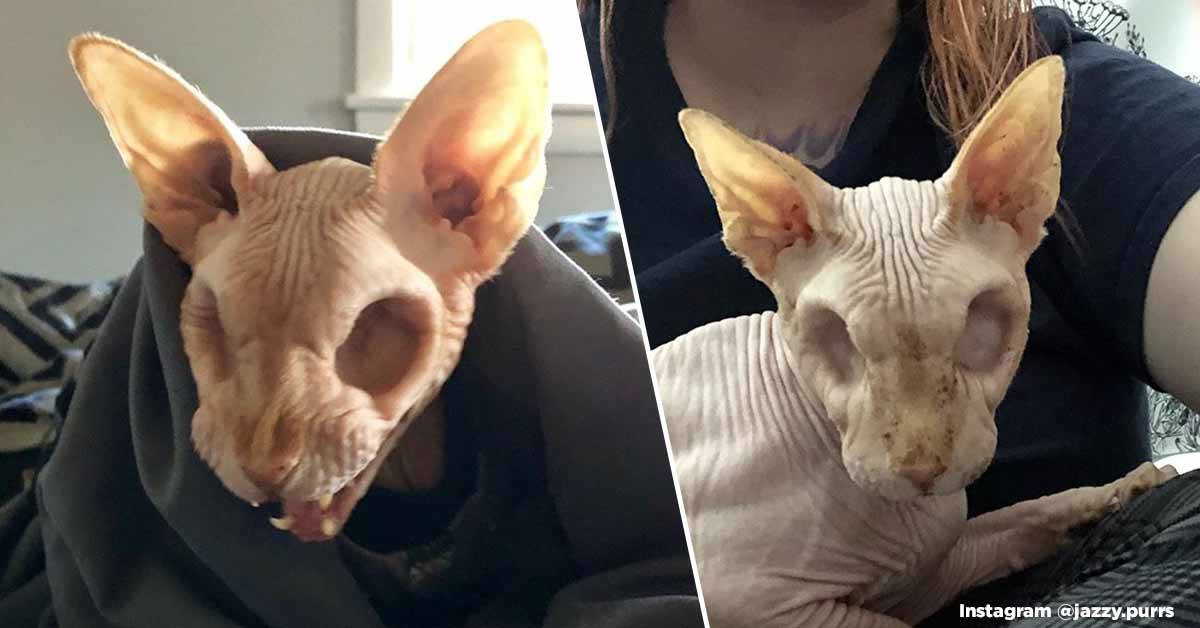 Meet Jazzypurrs. He had some corneal ulcers and had to have both eyes removed. Because sphynx cats have no fur, you can clearly see his eye sockets, and the result has divided opinion on whether Jazzy is an adorable little kitty or a nightmare-inducing zombie cat. 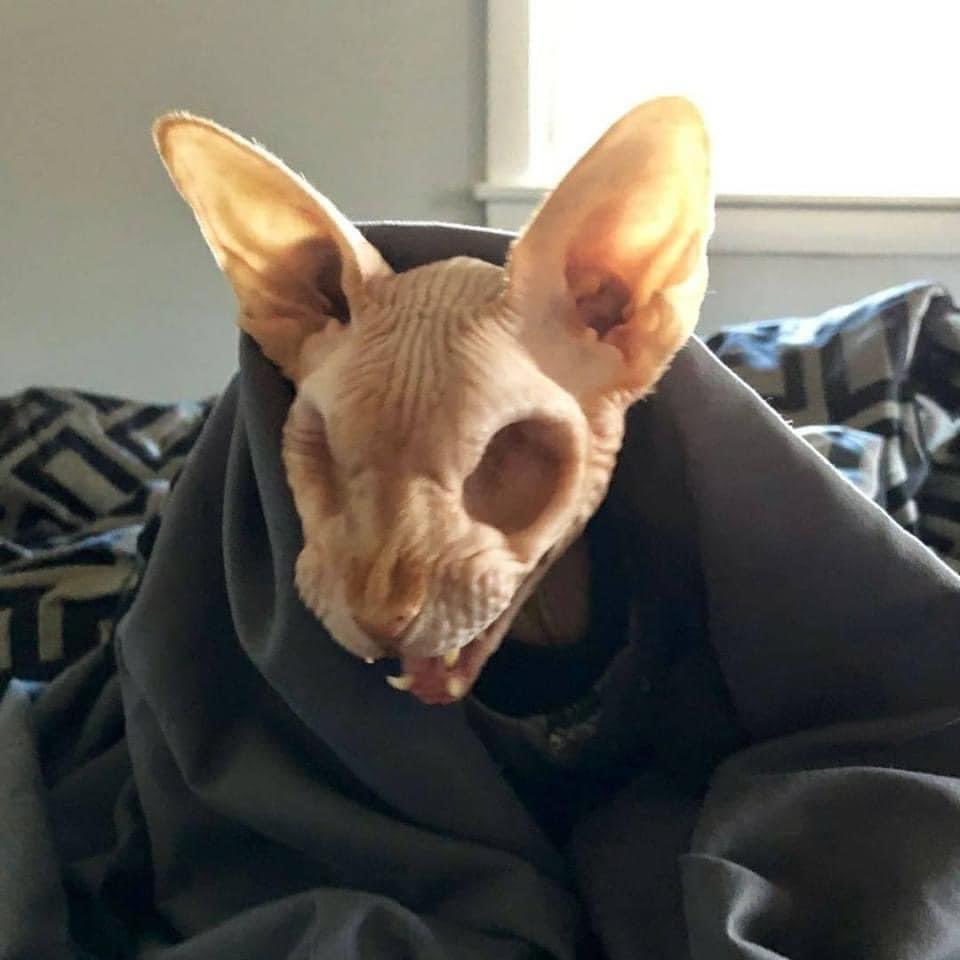 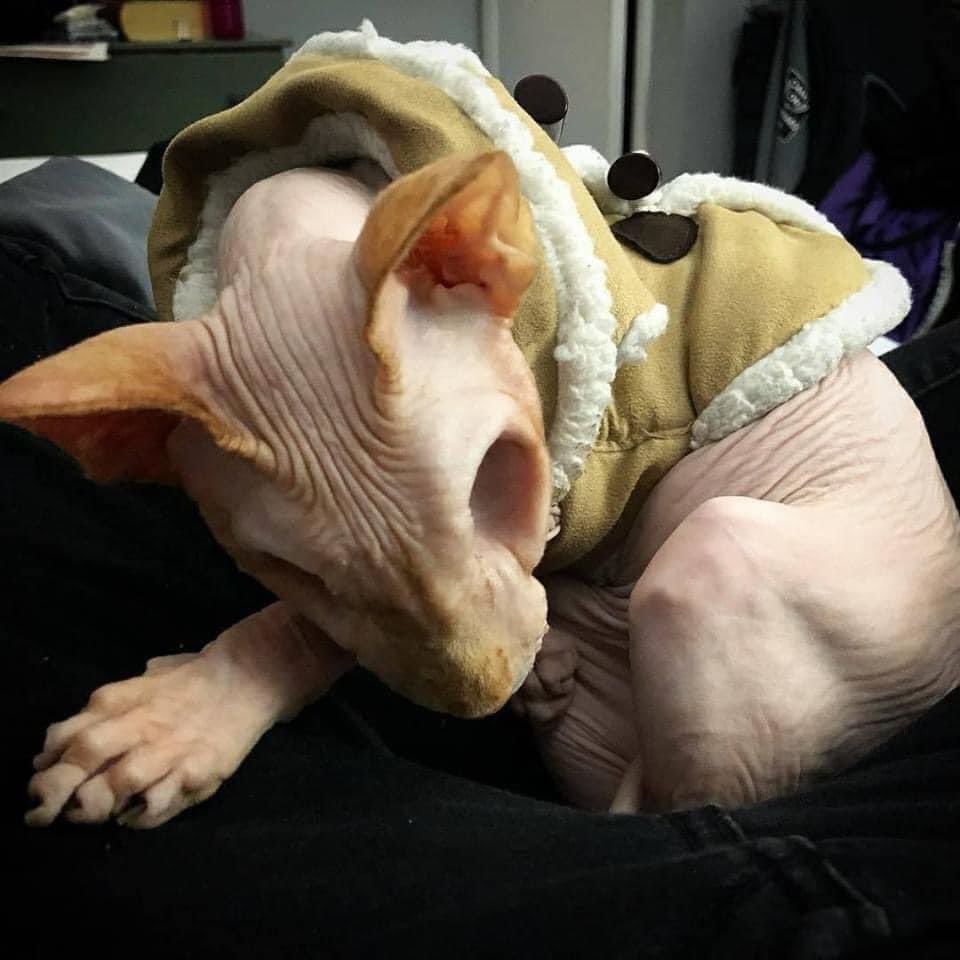 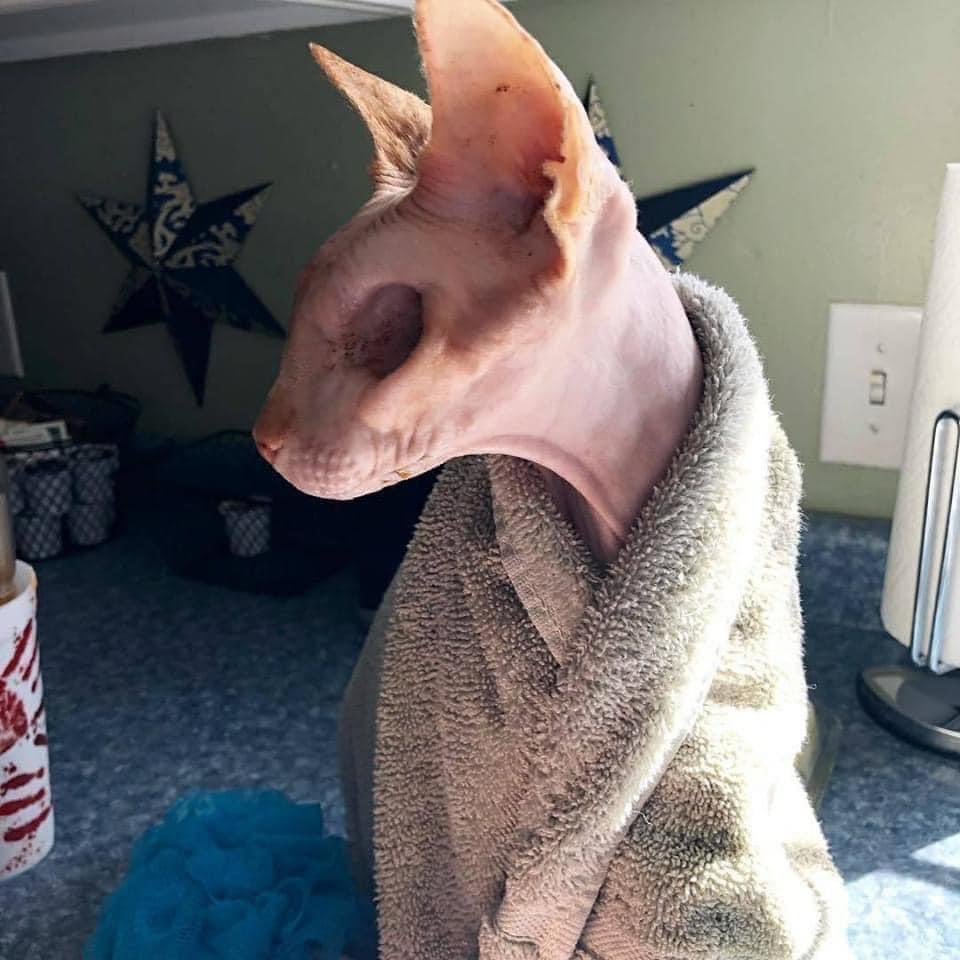 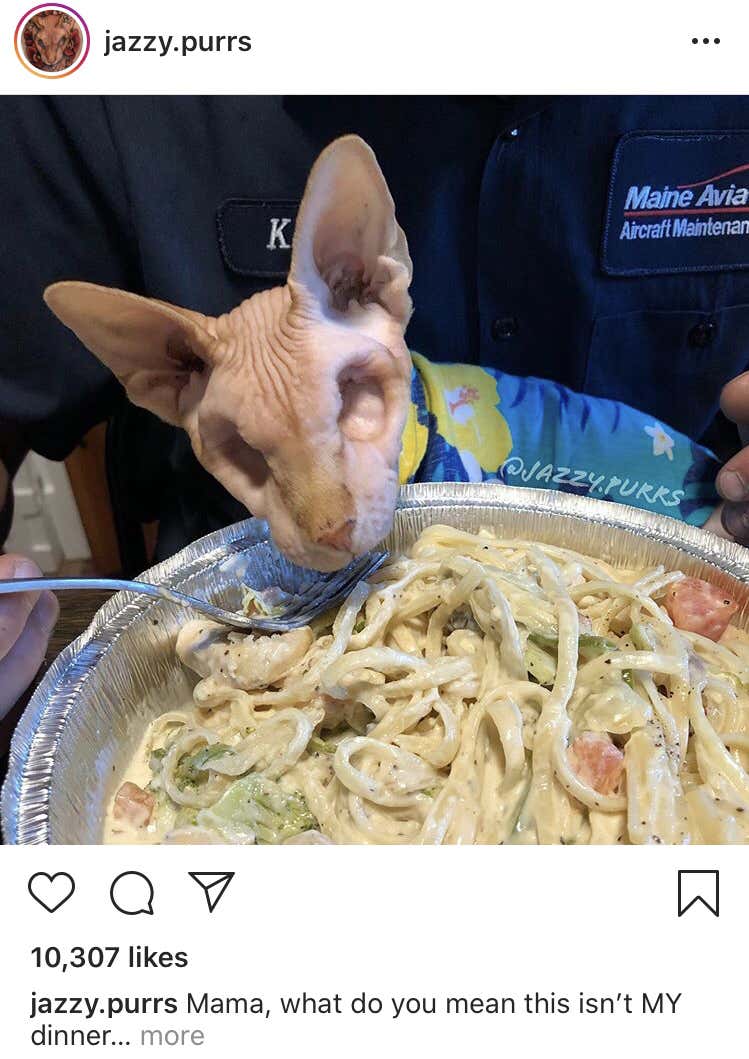 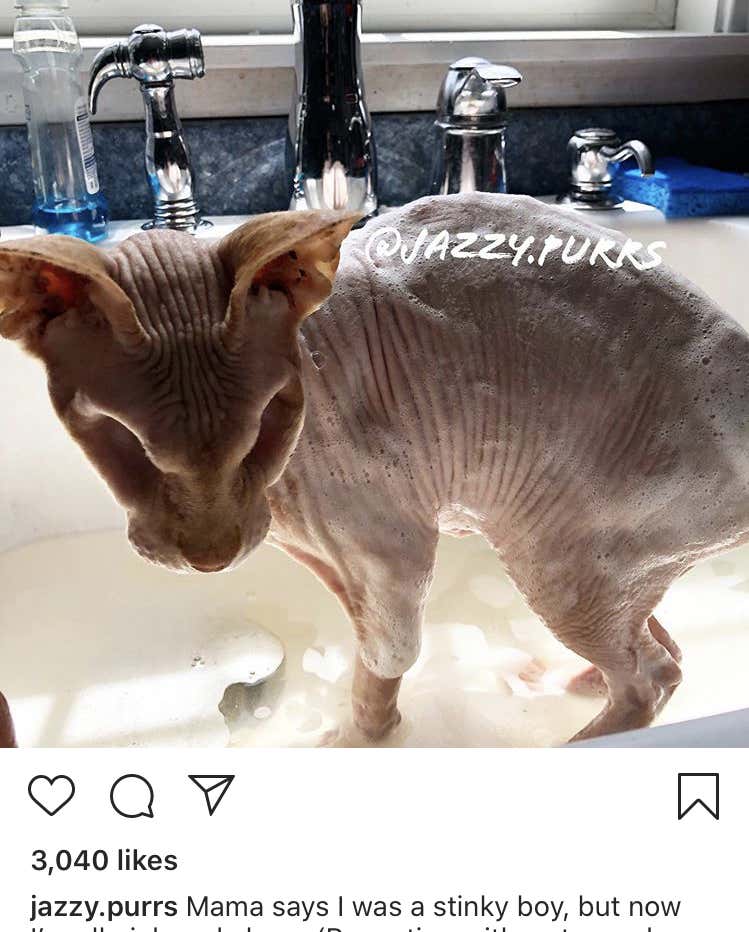 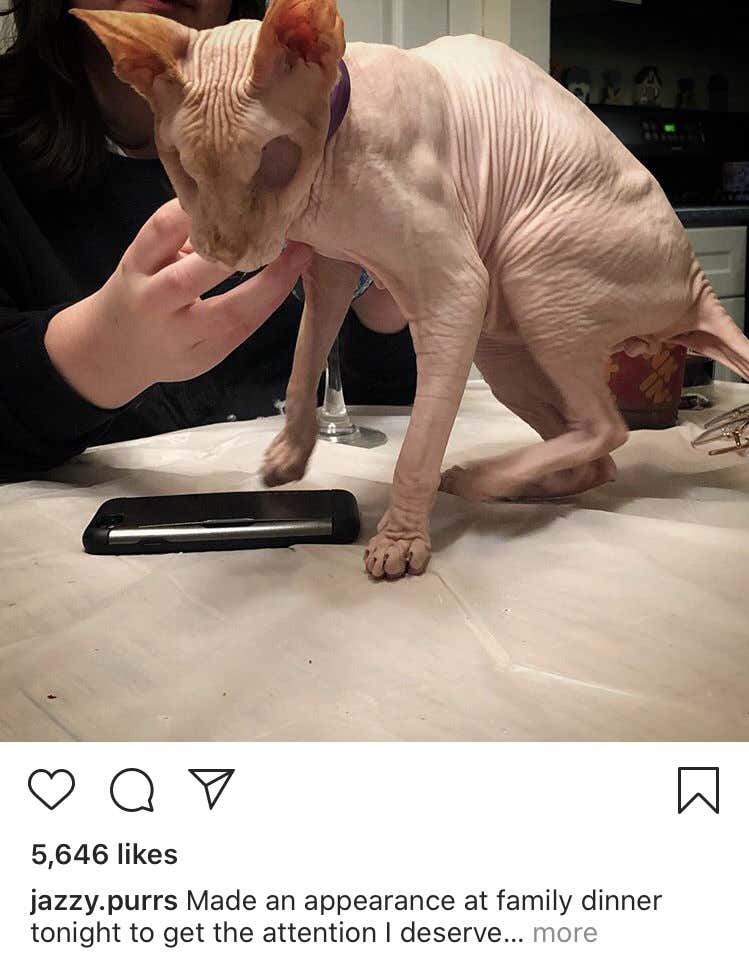 No disrespect to Jazzypurr or her owner, but personally I’m just upset to know that this eyeless sphinx cat exists and is now being paraded around and going viral on the internet. There’s even a bunch of people calling Jazzypurr their “spirit animal” on Twitter ffs.

Others have a different view:

This was the clip that really unsettled me…

But you’re not gonna share the video of the socket scritches? Must I do everyone’s job here? pic.twitter.com/KZe9wZY9bs

Hasn’t this poor cat suffered enough with being a sphynx and catching herpes and losing its eyes for someone to be sticking their finger in its eye socket? What must that even feel like?

The good news is Jazzypurr’s IG following has rocketed this past week:

Maybe that’s worth staying alive for? Jazzypurr is 12 years old now and according to Google sphynx cats live to 8 – 14 years, so maybe living the blind cat life a little longer wouldn’t be so bad. Not to mention it’s Halloween soon and they definitely need to stick some LED lights in Jazzypurr’s eye sockets. That’s going viral for sure.

Bonus pic of Jazzypurr before he lost his eyes: 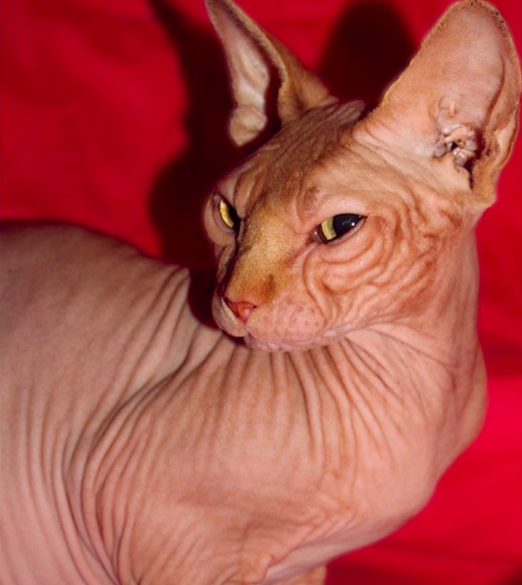 To watch a cat fall from the sky in China, knock out a pensioner and get into a fight with his dog, click HERE.