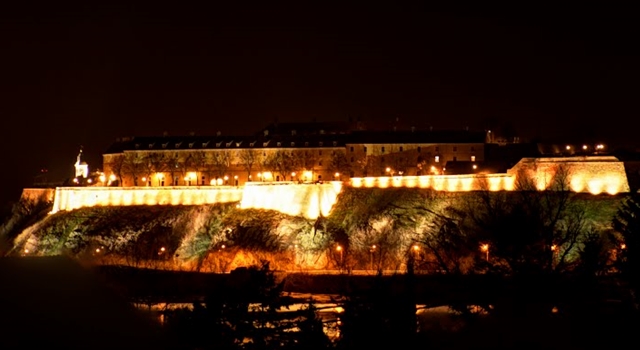 Petrovaradin fortress, home to Serbia’s EXIT festival is one creepy destination. If you’re going this year why not take an impromptu ghost walk?

EXIT festival in Novi Sad, Serbia is held in a massive chunk of fortress called Petrovaradin. If you’re lucky enough to be going this year you’d better take your plasma gun and Ouija board because according to some it’s chocked full of ghoulies.

The fortress has a blood thirsty, gnarly history with countless deaths and excruciating torture all playing out within its mighty walls; so if anywhere was going to be haunted it would be here.

Petrovaradin is so highly suspected of being haunted that it was visited by the hit TV show Ghost Hunters International (no I’d never heard of it either). There’s a clip from the show towards the end of this article. Personally speaking here’s my thoughts on the “unexplained” mysteries of the world: Yeti – definitely, aliens – possibly (but probably not on Earth and abducting people), Nessie – maybe, ghosts – nah. I just don’t believe that spirits hang about after death. But whether you believe in ghosts or not I think we can all agree that TV shows like Ghost Hunters International are basically drama series “for entertainment purposes only”. 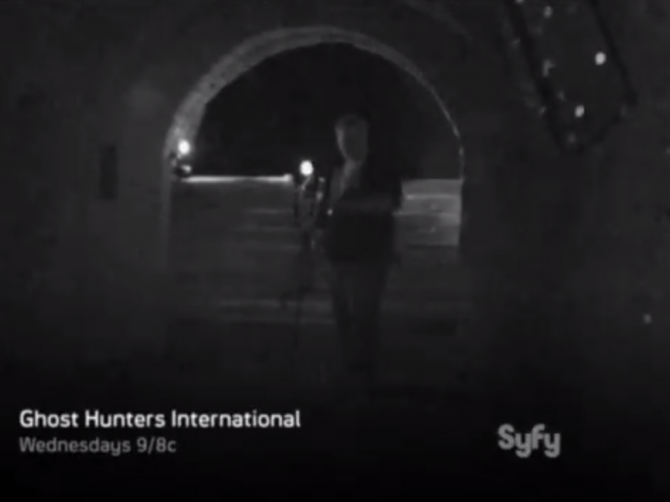 Having said all of that, if you mix in some dark and dingy historical tales, a creepy ass pitch black old building and a healthy dose of imagination, who knows what you might end up seeing?

Petrovaradin is the largest un-destroyed fortress in Europe and there’s more than 12 miles of tunnels underneath the castle. I for one would not go for a late night wander down there.

One thing for sure is that Petrovaradin has had some major bleakness go on over the centuries. People have reported shadow figures, black mist drifting through tunnels, the sound of rifles, moaning and crying in pain. But if we’re being skeptical, and we are, it’s not surprising there’s tricks of the light and weird sounds in submerged and oddly laid out tunnels is there? 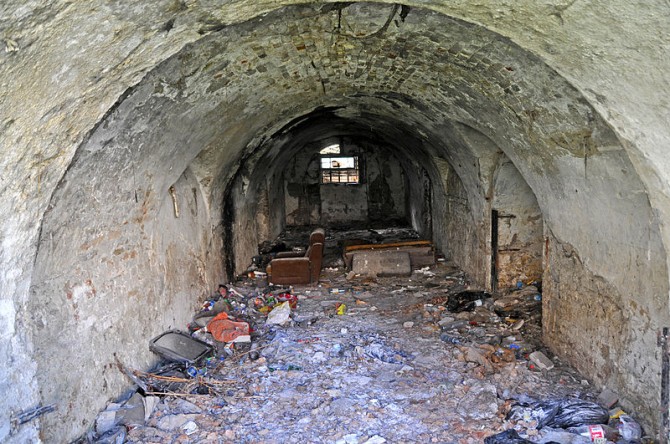 The tunnels within the fortress’ bowels are now partially submerged in the Danube where the fortress stands. They were built to protect Austrian troops from marauding Turks who were overrunning what is now Serbia. Petrovaradin was their last strong hold in the area. The tunnels form a confusing and terrifying lattice work of hideaway spaces and were the scene of many a battle; sometimes there were as many as 30,000 troops hiding in this network of tunnels.

Not all of which would have survived the onslaught…

â˜› Next: Serbia’s EXIT Festival: The Best In The World?