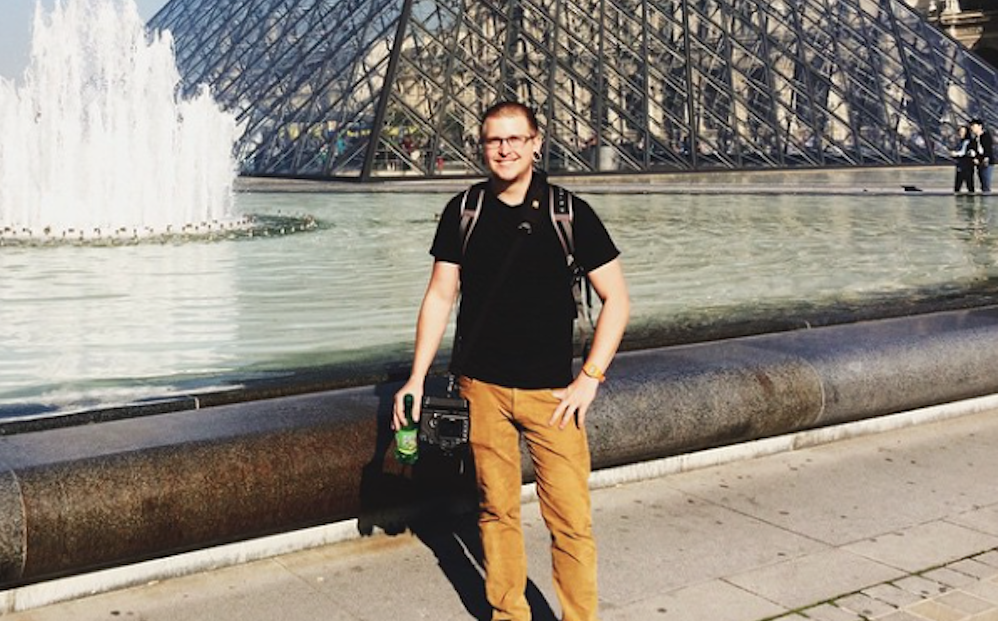 This guy has got the best game I’ve ever seen.

Genius right? Well, you’ll never, ever guess where this story is going and believe me, it’s probably some of the best game I’ve ever seen from a guy. I’d go as far as classifying it as unbelievable to be honest.

Let’s start at the beginning, when Jake decided to hit up one ex Faith with the idea when he was wasted: 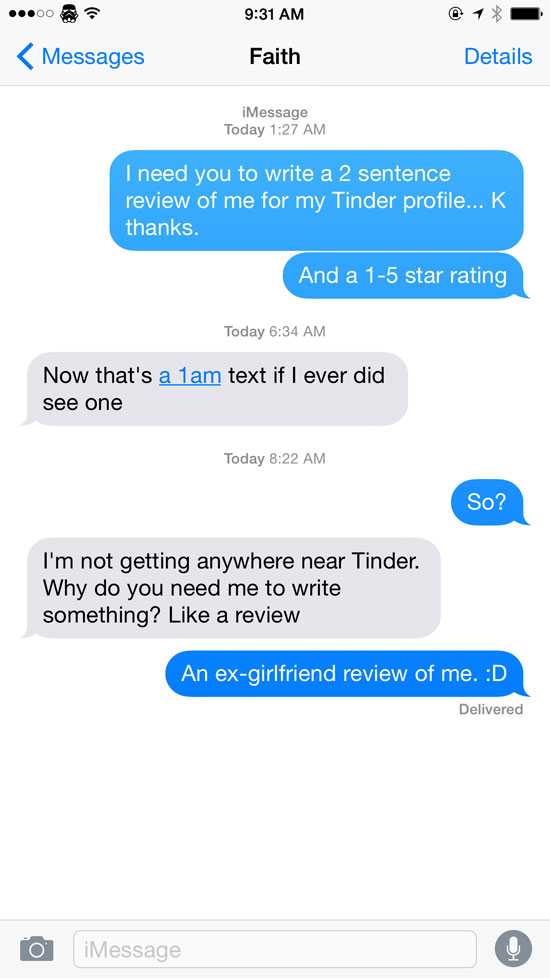 Swell idea right, and Faith seems only too accommodating. Unfortunately, not all of his girlfriends felt the same way, as you can see how his Tinder profile ended up looking: 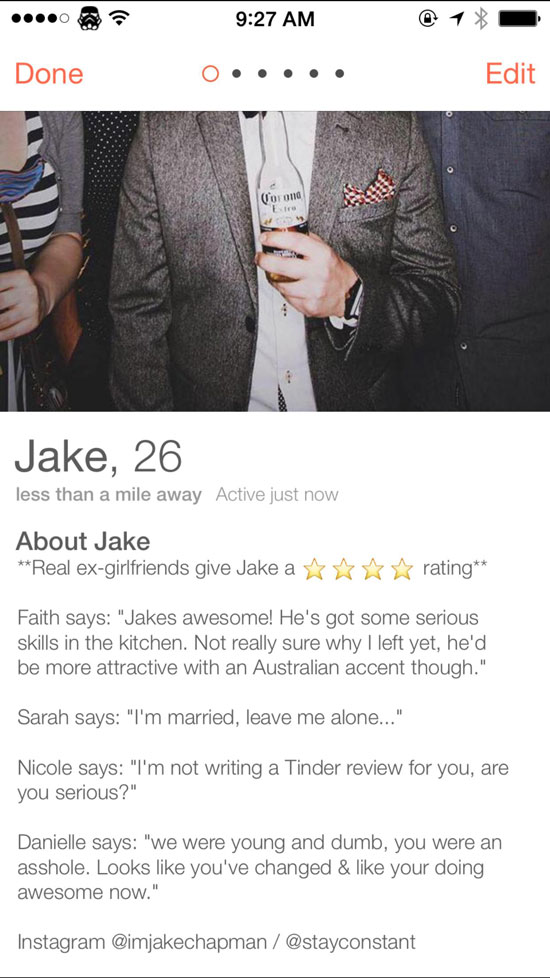 Still, that’s pretty funny and good game and I’m sure his matches started increasing straight away. Well I know they did, according to Jake at least. In fact, jake was doing so well that he wanted to share his secrets for success with Reddit, posting the following message:

I’m Jake, single guy living in Downtown #seattle working as a Web Engineer. I love to cook, stay active and fit, and spend time with those who graciously allow me time in their lives. I have a weakness for pad Thai and Pho and in the first few months of #2015 I’m going to be jumping out of an airplane with a parachute, hoping not to die.

I’ve been taking dating a little too serious lately. So I decided to ask my ex-girlfriends at 1am to write a 1-2 sentence review about me for my Tinder profile and rate me 1-5 stars. Worked out exactly as I thought it would. 1 ex won’t stop texting me now, and the others hate me even more then when they left to begin with. But hey, at least my matches are blowing up baha.

So basically the guy absolutely killed it with this idea and is doing way better than all the other Twats on Tinder out there. Again, you won’t believe what happened next though.