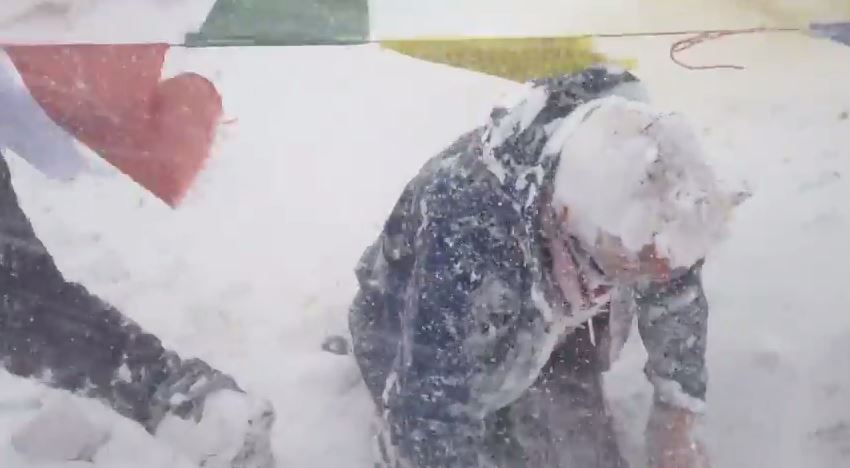 Watch as an avalanche triggered by the earthquake that hit Nepal on Saturday comes crashing down on an Everest base camp, just as the earthquake’s death toll reached 3,800 and counting. It’s one of the most terrifying videos we’ve seen in ages, especially considering the context:

Thankfully the guys in the video are OK but another 17 people died on that mountain and at least 30 were injured. That guy’s last words would have been “fuck! fuck! fuck!”. Insane.

Not long ago the luckiest man alive got completely buried under an avalanche, and would have 100% been a goner had it not been for his quick-thinking mates.