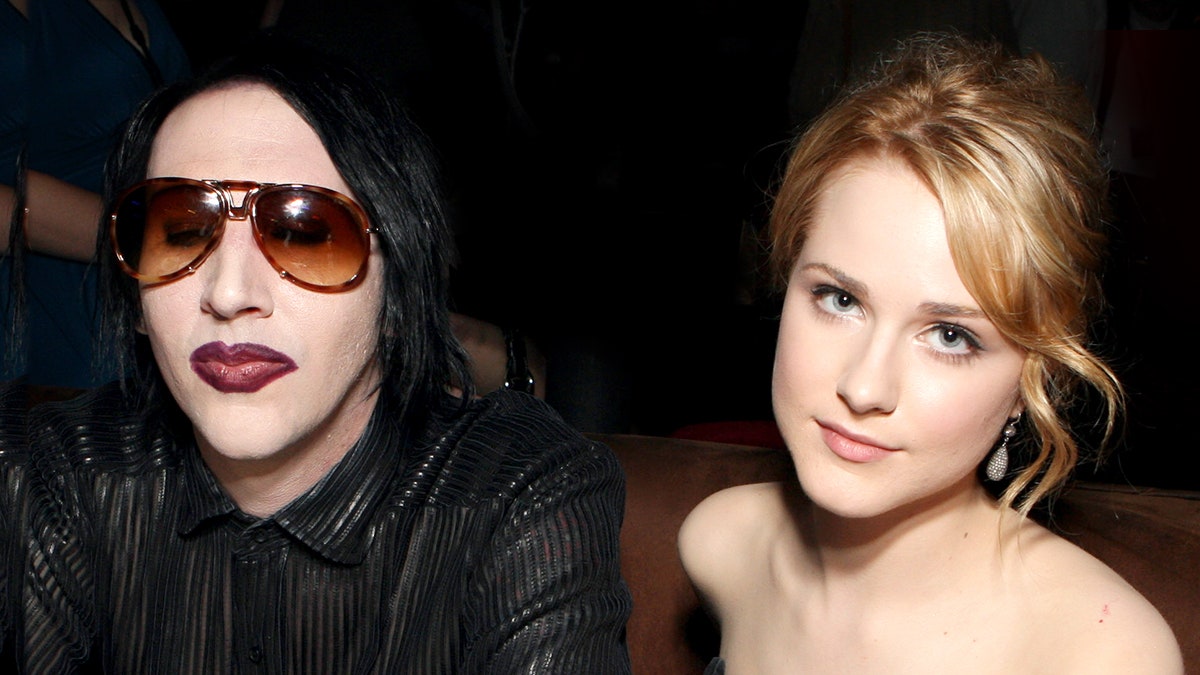 This is difficult to watch.

I had known that Evan Rachel Wood (from Westworld and Thirteen and others) had dated Marilyn Manson when she was about 17 and he was 38 and I had thought that was a little weird and messed up because of the age gap but man, I really had no idea.

Wood actually testified before Congress back in 2018 about the abuse she suffered at the hands of Manson as she fought to get a new law passed called the Phoenix Act that would overturn the statute of limitations on sexual abuse. After her testimony, the Phoenix Act was passed in California but now she wants to extend its reach all over the United States.

I’m not sure why nobody picked up on this at the time about being about Manson – Wood never mentions him by name but it quite clearly is because he was the only person she was dating in this time period – but it recently went viral after a Twitter account posted it. This is very traumatic and harrowing so think about that before you press play.

Also included is the testimony of another actress – Esme Bianco from ‘Game Of Thrones’ – who also dated Manson and relayed a remarkably similar account to Wood, again without naming her abuser. There’s also a quote from Manson where he says he fantasises about killing Wood:

This is an Instagram post from Esmé about the abuse she suffered. You can see in her second picture she’s wearing the same outfit and hairstyle on her birthday as she is in the picture with Manson. pic.twitter.com/kGY8npwl5F

Jesus that was so difficult to watch. People will say ‘oh well, you dated Marilyn Manson what did you expect to happen?’ but Jesus Christ the girl was 18 and 37 and it seems pretty clear to me that nobody at the age of 17 would know that they were into any of that shit and even if they were they should doing it with people their own age or thereabouts and not someone who’s twenty years older than them.

Absolutely disgusting behaviour from Manson and I can’t really believe that he hasn’t been cancelled for it yet and his behaviour seems to have fallen through the cracks on account of him being a messed up weirdo goth icon. Sort it out guys.

For more of the same, check out Manson having a mid song meltdown back in 2018. Probably something to do with this to be honest.