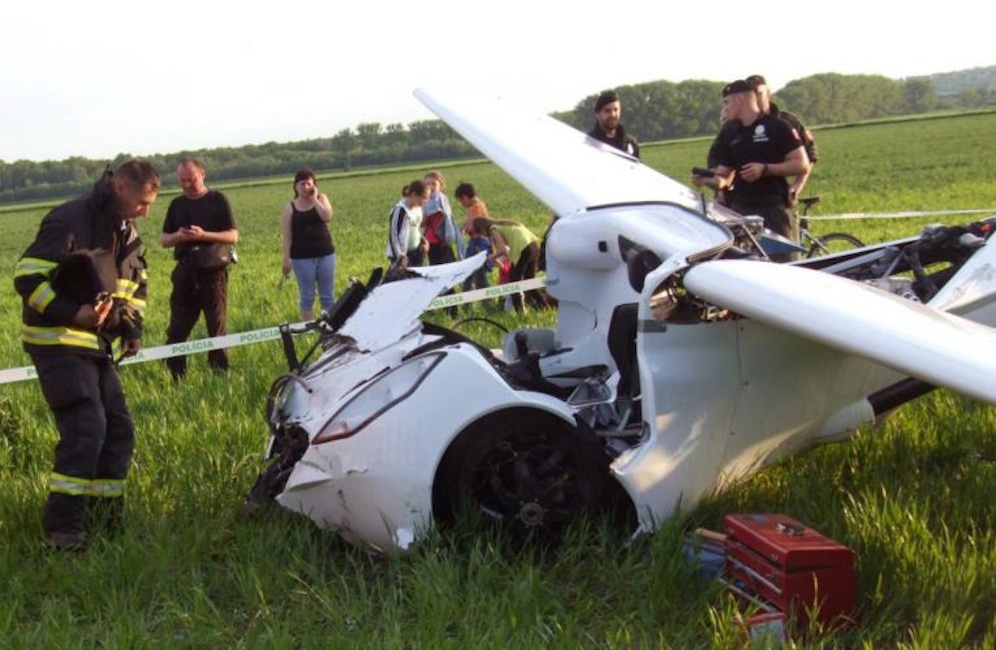 Back to the drawing board.

We ran a feature on the first ever flying car towards the end of last year, but it looks like its production might be slightly delayed after it crashd on one of its first test runs with its inventor inside.

Stefan Klein wasn’t injured or hurt in any way, but he did have to escape via a parachute after the car failed in mid flight. It was badly damaged in the crash and it kinda looks like if he hadn’t have bailed out he would have been a goner. Scary.

Here’s what Klein had to say about the incident:

During one of the test flights that took place on May 8, 2015, the inventor and test pilot, Stefan Klein, encountered an unexpected situation and activated the advanced ballistic parachute system in an altitude of approximately 300 meters (900 feet).

Hmm. There aren’t exactly a lot of details there about what went wrong but it doesn’t exactly sound too promising does it? Despite this Klein and the team think that they should be able to roll out the flying car – named the Aeromobil – by the summer of 2017. Let’s hope they’ve sorted out the kinks in the design by then. 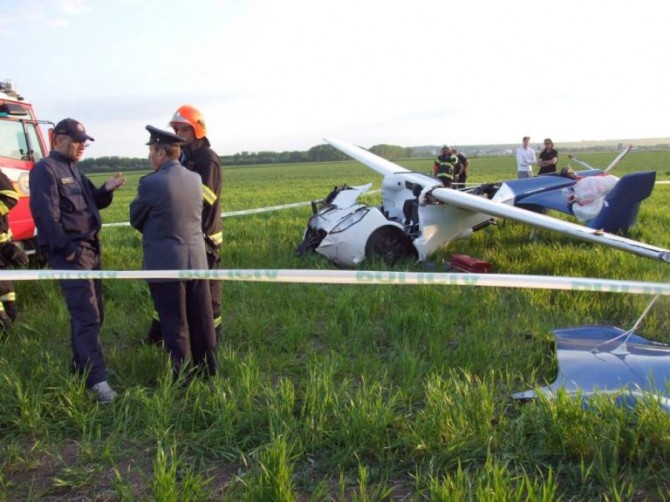 Its creators hope that it will pioneer a new wave of Uber style flying cars which they believe will be way more popular than regular taxis because they’re speedier and will beat the traffic. The cars themselves are two seaters and have improved suspension so that they can land on the hardest of services. They can reach speeds of 100mph on the ground and 124 mph in the air and also only require around 150 feet of clear ground to land on. In theory it sounds good, but obviously in practice at the moment it still leaves a lot to be desired.

However, as well as sorting out the final design so that it doesn’t fall out of the sky without any warning, Klein and his team also have to sort out some legal issues with the government over the ground and air regulation of the vehicle. Again, they’re still confident they can roll them out in two years time. There are no details on the price at the moment but I would definitely want to check one out when they finally make it out – provided they’ve solved the whole falling out of the sky problem first of course.