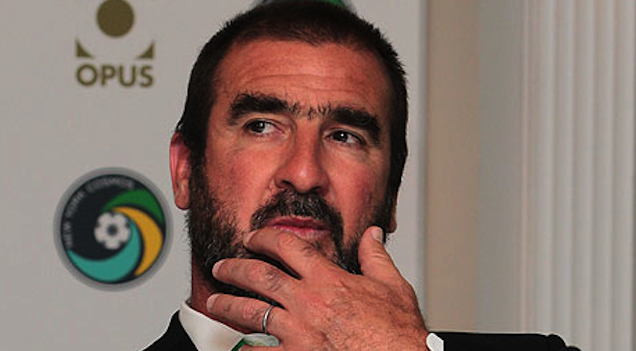 It would appear that Le God still has his famed temper.

Eric Cantona was arrested yesterday for allegedly assaulting a man in London. The incident happened in the Primrose Hill area and it is not yet known if he will face charges.

‘Police were called to Regents Park Road, NW1, at 12.55pm on Wednesday 12th March, following reports of an assault. Officers from Camden Borough attended and a man in his mid-40s was arrested on suspicion of common assault.

He was taken into custody and subsequently cautioned for common assault. The victim, a man, did not require medical assistance at the scene.’

Not much else is known about the incident, but hopefully Cantona pulled off one of his famous kung fu kicks on the guy who was trying to mess with him. Must have been pretty serious for him to beat him up in the middle of the day though. Hopefully some more information will come to light about it soon.