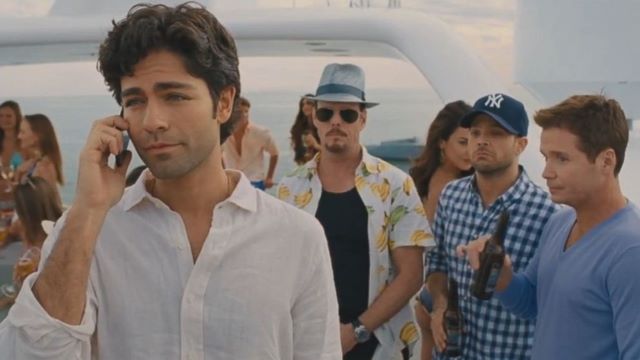 Back in the mid 00s, HBO series Entourage was the coolest show around. According to the show’s creator though, its legacy has been destroyed by ‘PC culture’.

Doug Ellin recently spoke to Yahoo about how HBO have been ignoring his pitches for a new show and acting as though Entourage never existed ever since the emergence of woke/PC culture these last few years:

I resent it tremendously.

Nobody says that about ‘The Sopranos,’ where they murder people, that maybe we should readdress whether murdering people on TV is OK. I don’t want to sound obnoxious or that I’m looking at ‘Entourage’ as high art, but it was a pretty accurate portrayal of how people [acted] at that time in Hollywood.

Ellin added he wouldn’t change a thing if he were writing Entourage today, given it was an account on how things often go in Hollywood:

I don’t think ‘Entourage’ was this vulgar boyfest that people like to paint it as now.

When we came out, The New York Times said we were the smartest show on television. If we did reboot the show, it’s not that I would make it any more PC, but I would write it to the best of my abilities to reflect the reality of the world right now.

Yeah, it does seem a bit harsh that HBO would treat Ellin this way after he was responsible for one of the most watched TV series in history, all because said series didn’t age particularly well.

Can you imagine the torrent of abuse HBO would get if they were to air Vinnie Chase and the gang getting up to those same LA antics in 2021? Shagging women, mocking each other’s appearances, Ari berating his gay assistant 24/7. The show would be cancelled in a heartbeat and it would be a shame because it was the best things on TV at the time.

I guess Ellin could propose an all-female reboot? Or maybe he could write the exact same show but also include how complicit Hollywood is in allowing that behaviour to go on as normal while also pretending like they are all about #metoo style movements in public. Come on HBO, let the man work!