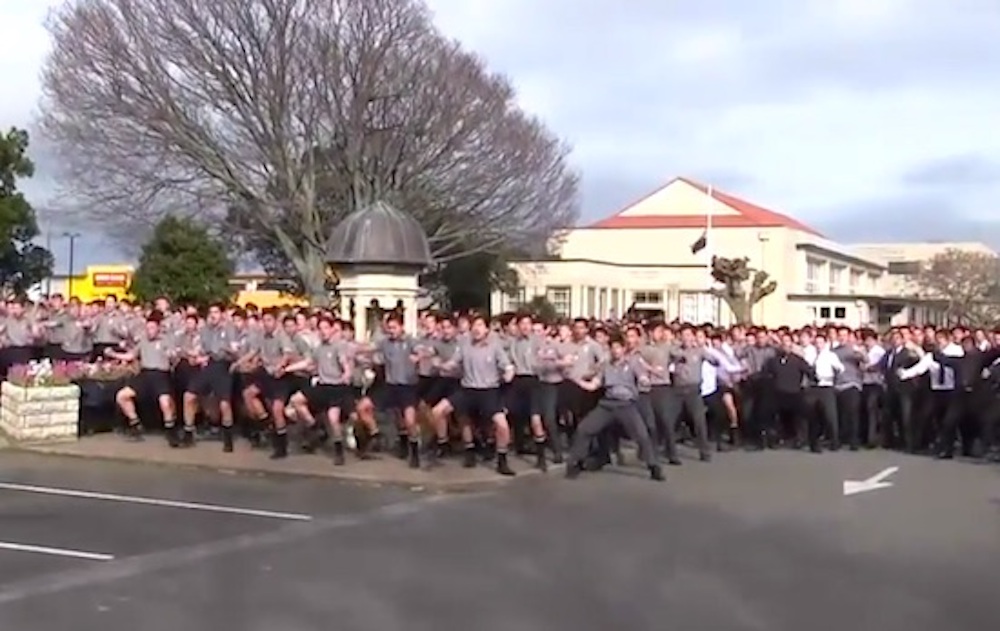 This is one hell of a moving tribute.

I would like to think that if I was a teacher at a school, I would be one of those popular ones that most people liked and not one of those stuck up assholes who is mean and weird to everyone and was obviously bullied at school. If that was the case then even then I would be absolutely blown away by a reaction like this when I died, although I probably wouldn’t be able to ever know about it or witness it for obvious reasons.

It happened over at a school in New Zealand for the funeral of a guy called Dawson Tamatea. The entire school wanted to show their appreciation for how he had acted as a teacher there before his death and they thought that the best way to do this was to perform the haka as his hearse rolled into the school. It’s an insanely powerful performance that will probably bring a tear to your eye, as it looks like literally every student and teacher gets involved with the tribute.

As it says in the YouTube blurb – Mr Tamatea would be proud. Let’s hope these kids go on to make him even prouder in their lives and careers and don’t end up in New Zealand jail fight clubs.