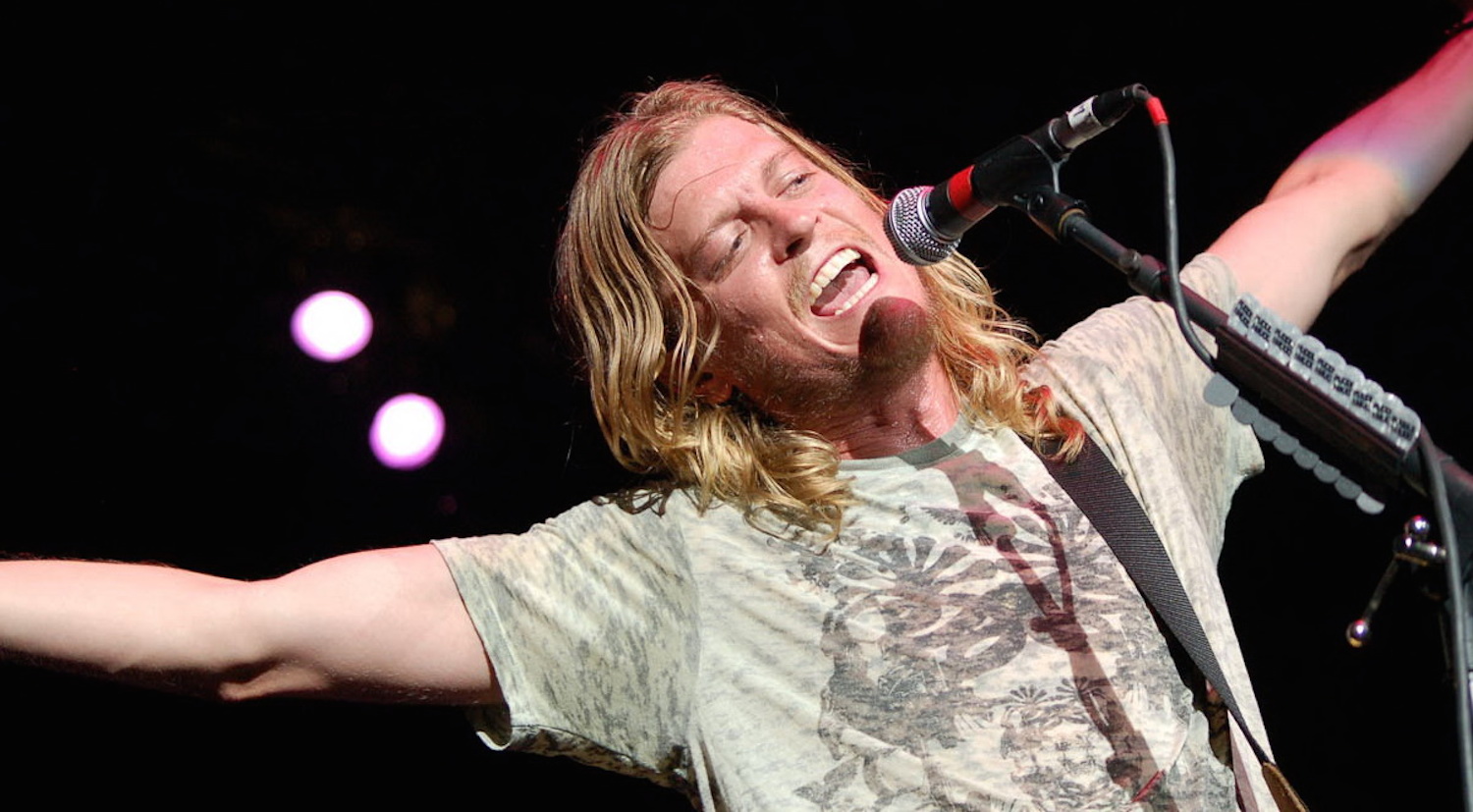 Wes Scantlin from Puddle of Mudd has been making the headlines recently after many years of being ignored, along with all the other bands from the early 2000s nu-metal era.

But this time, instead of his music, he has been turning heads because of his erratic, drunken behaviour. Last month he had a massive meltdown on stage where he called out a guy in the crowd and shouted at him for stealing his house. Normal.

And now it seems his band mates have had enough. In yet another mid-show meltdown in Doncaster the entire band exited the stage, leaving Wes on his own trying to drunkenly explain to the audience what was going on. However, halfway through they cut his microphone and all you can hear is people heckling the shit out of him. If you ever needed to see a washed up, alcoholic musician clichÃ©, this is it:

Why do none of the staff get him off the stage? I mean, it can be entertaining and all watching people go a bit mad, but in reality he looks wasted and it’s pretty depressing that his life is quite clearly going so down the pan. Even his band mates have quit on him.

Still, at least Puddle of Mudd are not that big at all, so his meltdown will have a way lower profile than people like Charlie Sheen. Although he does have a pretty good excuse for his freak out.

Also, while we’re on the subject, can we just take a moment to remember Puddle of Mudd in their glory days. Acting skills are on point guys: