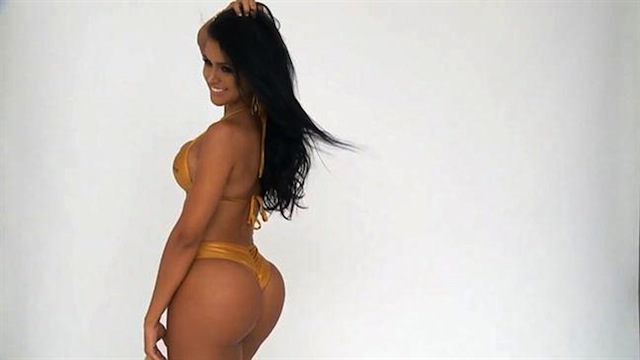 Amidst plenty of controversy, 25-year-old Dai Macedo, who boasts a 42-inch backside, has been crowned Brazilâ€™s new Miss Bum Bum 2013.

Amidst plenty of controversy, 25-year-old Dai Macedo, who boasts a 42-inch backside, has been crowned Brazil’s new Miss Bum Bum 2013.

Miss Bum Bum winners are a big deal in Brazil and make a healthy amount in endorsements and appearances. Dai Macedo took the prize despite allegations of other contestants bribing judges in attempts to win. Clearly there was no denying the true champion this time.

“It’s a lot of work, a lot of devotion,” she said. “I denied myself a lot of things. No nightclubs. No sweets. I went to gym Saturdays and Sundays.”

Finally, some integrity restored to the Miss Bum Bum competition. No matter how many bribes or butts were put in front of the judges, the best butt prevailed — the butt that wanted it the most, and the butt that the world clearly needed.

â˜› Watch Next: This Dangerous New Butt Dance Is Brutal And Should Be Banned