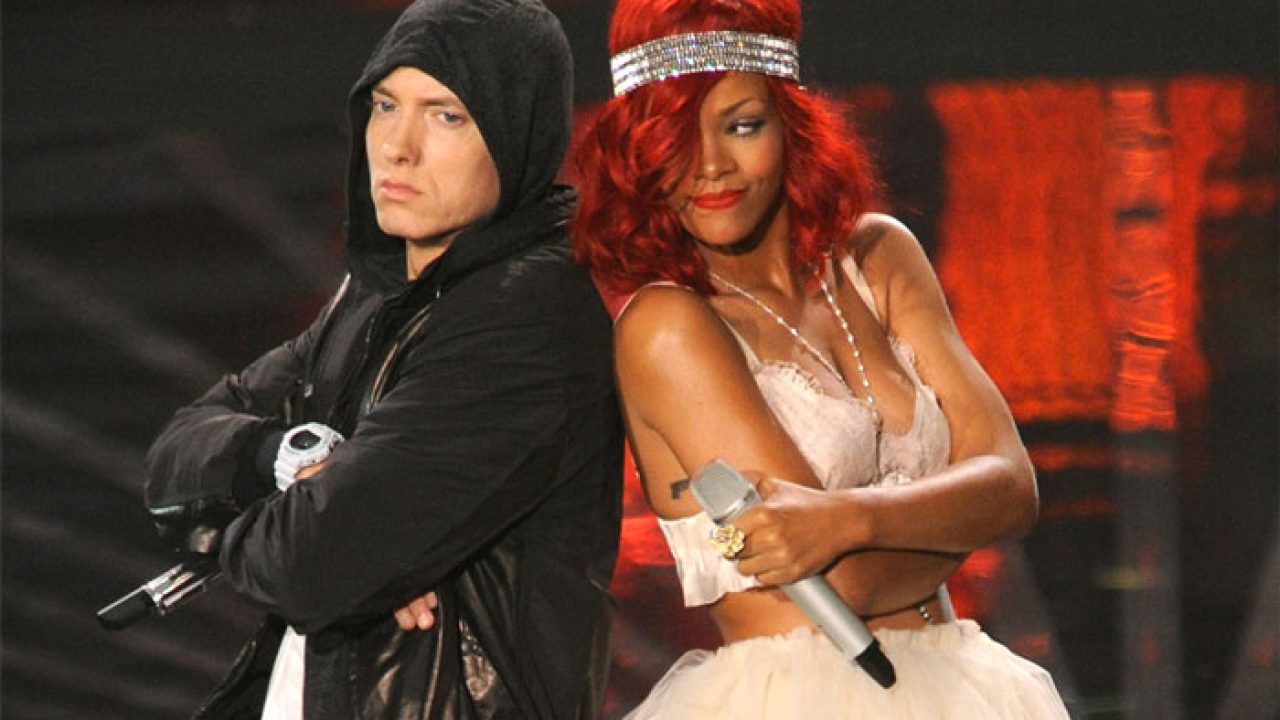 What do people expect of Eminem though/

Last week there was a bit of controversy surrounding Eminem after an unreleased line from one of his songs back in 2011 appeared to be backing Chris Brown in his assault on Rihanna and it looks like he’s sunk even further into the shit now that the whole verse has found its way onto the internet.

You can check out the clip below, but if you can’t listen to it for some reason know that Eminem raps about Rihanna having VD, how he would beat a girl too if she gave his dick an itch, as well as saying he would murder a 16 year old Dakota Fanning and put Natasha Bedingfield in a washer. Check it out:

I’m not playing Rihanna where’d you get the V.D. at?

Of course I side with Chris Brown, I’d beat a b*tch down too, if she gave my d*ck an itch now.

I mean Eminem is always rapping about killing people and how Britney Spears gave him a blow job and everyone thought it was pretty funny back in the 00s so I don’t really think this is that shocking? Especially when he took the verse out of the song and released something else instead as he probably realised even back then that it was kind of problematic.

This is a viewpoint echoed by Eminem’s official rep these days Dennis Dennehy, who said the following:

This is a leak of something that’s over 10 years old.

After Eminem recorded it, he scrapped it, and rewrote it.

Obviously he and Rihanna have a great relationship.

The guy’s talking a lot of sense. Give Eminem a break for once.

For more of the same, check out this guy doing an impression of Eminem rapping. That’s the funniest thing you’ll see this month.