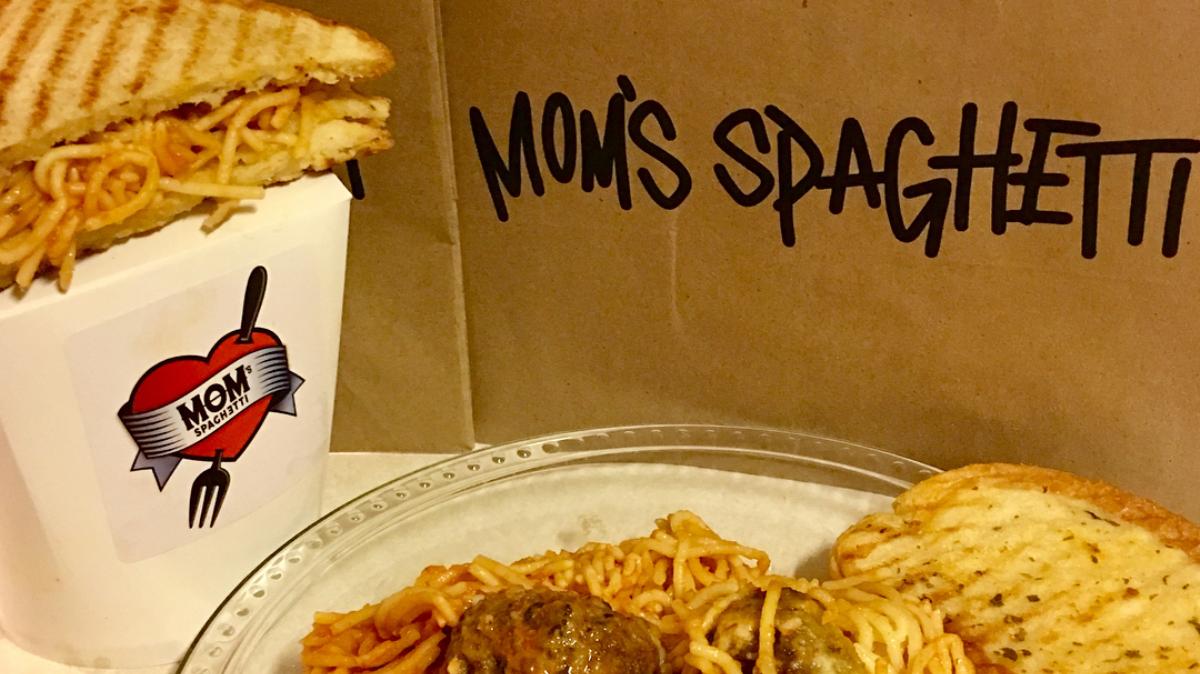 Wonder if his palms were sweaty?

There’s no doubt that opening some kind of pop up shop/restaurant is the best way to promote anything these days – literally look at how many people have done it in the last ear and tell me I’m wrong – so it’s no surprise that Rap God Eminem took a similar approach to promote his new record Revival.

Eminem decided to set up a pop up spaghetti shop cleverly named ‘Mom’s Spaghetti’ (if you don’t get the reference then I don’t really know why you’re reading this article as it’s probably one of his most famous lyrics of all time) in his hometown of Detroit at a place called The Shelter, which is the venue beneath St Andrew’s Hall.

Once in there you could order takeaway container of spaghetti with garlic bread for $5 or if you wanted meatballs with it too then that would set you back $8.  There was also the option for a spaghetti sandwich, which I’ve gotta admit I’ve never even thought about but sounds like the kind of thing you might grow up eating if you’re a white boy rapper living in a trailer park.

Predictably, the event was totally jam packed with people desperate to try Eminem’s spaghetti which in fairness doesn’t look as crappy as it easily could do. Most people probably thought Eminem was going to show up and serve spaghetti and hang out too, but I mean realistically that was never going to happen was it? The guy is a billionaire probably, he don’t need to shovel spaghetti to his fans. Revival will go straight to number one too and make him even more money, you mark my words.

For more Eminem, check out these photos that apparently prove he’s been dead for 13 years. Yeah, not sure about that one.