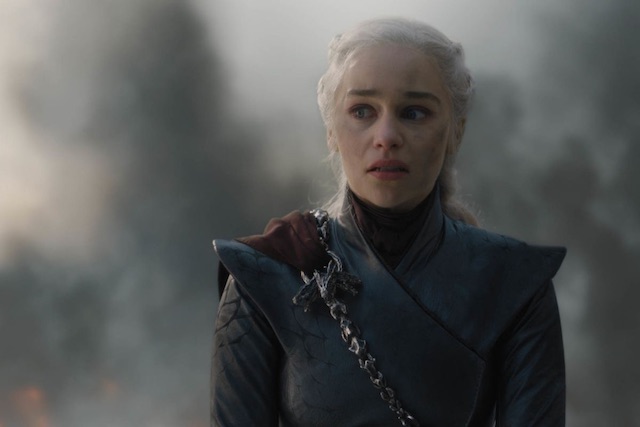 It’s been two years since the ‘Game Of Thrones’ finale and the almost universally panned ending of a TV show that everyone had been invested for over the past part of a decade and in news that should surprise absolutely nobody, even the cast were pretty pissed off about how it all culminated.

Emilia Clarke obviously played Daenerys and everyone knows how her character was royally shafted in that final season as her arc literally made no sense and it turns out that this is exactly how she felt about it when she first read the script. Clarke was speaking to MTV’s Happy Sad Confused podcast when she said the following:

I talked to Emilia Clarke about the GAME OF THRONES finale reaction. “I get why people were pissed”. Lots in here.

Watch the whole chat at https://t.co/e84WokCDhq!

I get why people are pissed. I totally get it.

But, me being the actor, you can’t do justice to the character that you poured your blood, sweat, and tears into for a decade without getting on the same page.

So like, I’m not just going to be there being like, ‘Fine, I’ll do the scene, whatever. I’m so pissed.’ You have to turn up.

The first instinct when you read the scripts is you just get that gut-punch of like, ‘Whoa, okay!’ You’re thinking about… your first reaction is that. It’s ‘OK.’

And then you start to go, ‘Oh. Maybe people are going to … mmm, yeah. I wonder.’

You don’t know, but you do wonder.

And look how that turned out. Maybe the showrunners should have listened to Emilia Clarke or she should have stuck up for herself and her ideas a bit more?

I suppose D.B. Weiss and David Benioff have been thoroughly punished for this ending though as not only are they remembered as ruining one of the greatest TV shows of all time, HBO have also made sure that they’re nowhere near the new ‘House of the Dragons’ prequel that’s coming out next year. Sucks to be them I guess, but maybe they shouldn’t have done something so stupid for that final season.

For more of the same, check out this supercut of Game Of Thrones actors trying to hide the fact that they hate season 8. Wasn’t just Clarke then.