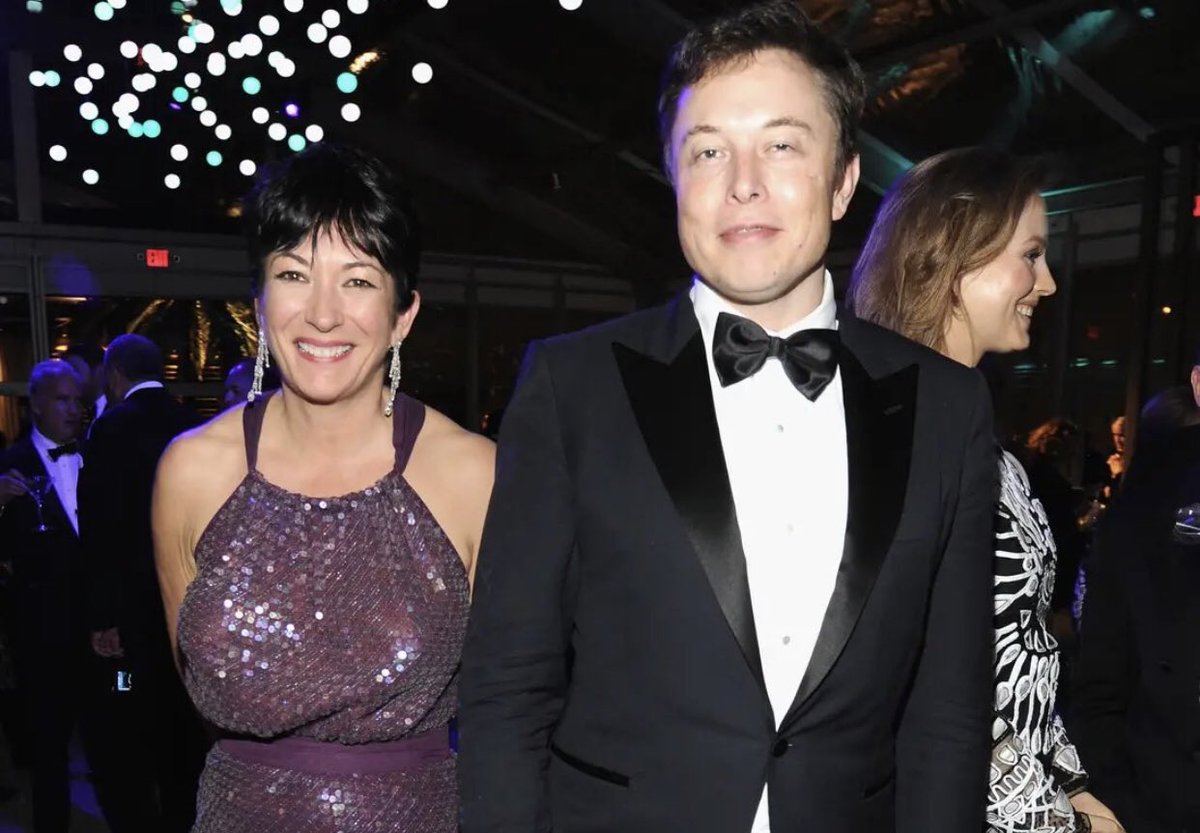 I mean you probably would think that, right?

With the arrest of Ghislaine Maxwell last week, people are counting down he days until she reveals a whole bunch of disgusting information about celebrity paedophiles or ends up mysteriously having committed suicide whilst in jail on suicide watch. It has to be one or the other.

Anyway, the accusations are already flying thick and fast and Elon Musk has already been targeted -because let’s face it, he’s definitely got a lot of skeletons in his closet and is not a cool guy – with some saying that Maxwell was responsible for handpicking his first wife Talulah Riley when Musk was 36 and Riley was just 23. That’s kinda weird, but the story gets even weirder when you hear that they started dating in 2008, got married in 2010, got divorced in January 2012, got married again in July 2013, then Musk filed for divorce again in December 2014 but withdrew it, before Riley eventually filed for divorce again in March 2016. What a wild ride.

Anyway, Riley herself has felt the need to come out and deny these rumours on her Twitter account, saying the following:

I don’t usually comment on such things, but given the truly horrific nature of what is being implied up and down my timeline today, I wanted to respond publicly with @elonmusk’s permission. However, I speak only for myself. https://t.co/WA3sqKR4tV pic.twitter.com/aK8A4HvNAH

Elon Musk later chimed in to say the picture of him and Maxwell that’s circulating the internet was just a random photo op and he never actually met her:

I was at that Vanity Fair party with @TalulahRiley. Don’t know Ghislaine. Real question is why did VF invite her?

I mean it all sounds very believable and reasonable doesn’t it? But then again, there’s always going to be the idea that this is just what the rich and elite get up to in their weird power circles that you don’t have access to and that all they really care about is finding young girls to have sex with/marry because of everything that’s recently happened with Epstein/Maxwell/Prince Andrew/everyone situation.

So with that in mind it’s not really that much of a stretch that someone like Elon Musk might be involved in shit like this, especially when there’s a whole thread here detailing the relationship between Musk and Epstein which Musk continually denies despite loads of evidence. Something weird is definitely going on – not sure if we’ll ever find out what though sadly.

Although I really should probably mention this: it’s weird for a 36 year old to marry a 23 year old sure, but it doesn’t make them a paedophile and probably just a bit of a creep really. I doubt Musk would even need a fixer like Maxwell to set something like that up given his status and riches. Think about it.