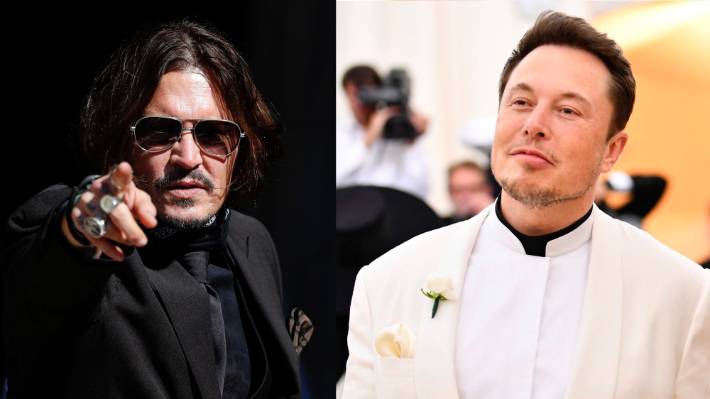 The Johnny Depp/Amber Heard drama has already given us plenty of unbelievable and explosive accusations involving people shitting beds, spending unbelievable amounts of money of drugs and alcohol, and severing body parts.

“I definitely was not having an affair with Amber while she was married to Johnny, this is totally false,” the Tesla mogul told the New York Times of cheating claims made during Depp’s explosive libel trial in the UK.

He had a more unexpected response after hearing that Johnny Depp had threatened to ‘slice’ off his dick, though, telling The Times:

If Johnny wants a cage fight, just let me know.

Elon Musk Vs Johnny Depp in a cage. What a fight that would be! I can’t be the only one who would pay whatever it cost to watch that live. Pretty shocking that Elon Musk has laid down the challenge but perhaps not as shocking as the fact he would deny having a threesome with Amber Heard & Cara Delevingne. Question is – who would come out the victor? I’d have to bet on Elon Musk considering how hench he’s looking these days but you never truly know what a wildman like Johnny Depp is capable of, especially in a cage against a man who shagged his abusive girlfriend.

Meanwhile, Elon’s wife Grimes has been berating him online for saying that pronouns suck (which they do, to be fair):

Either way, let’s get Dana White on the case and make this fight happen. Maybe on Fight Island?