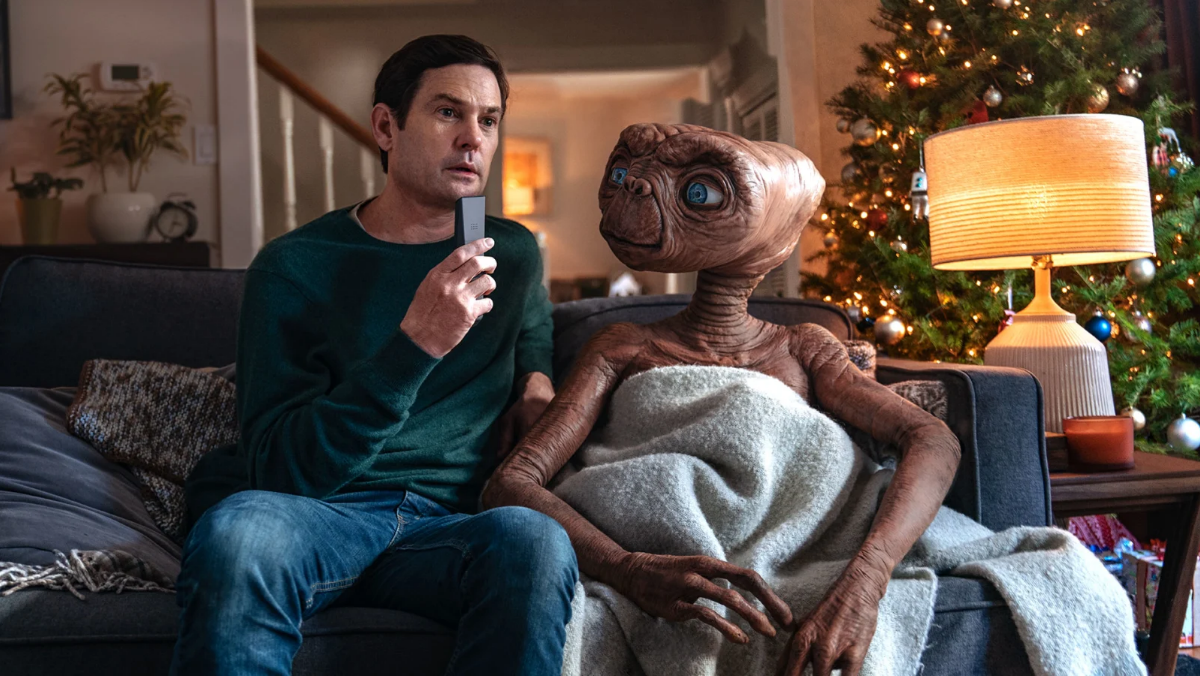 Not a dry eye in the house.

I’m not normally one to get sentimental about Christmas adverts, but when two icons of cinema are reunited then I’m gonna be interested.

This is the approach that Sky have taken for their Christmas advert, reuniting E.T. and Elliott 37 years after the original movie came out and E.T. ended up flying back to his home planet. Of course, now the pair are using Sky’s technology to resume contact as E.T. decides to pay his old friend a visit this Christmas.

The result really is beautiful and probably won’t leave a dry eye in the house:

OK so it’s obviously really rushed and quite stupid, but there’s a lot to pack in in a two minute advert so you can’t really blame them can you? When that music hits again and they’re flying through the sky on the bikes, as silly as it is you just feel yourself welling up because of how you felt watching that when you were a kid.

Really magical stuff and 10/10 work from whoever came up from it and actually got Henry Thomas to appear in it – whatever happened to him? – because it was totally worth it.