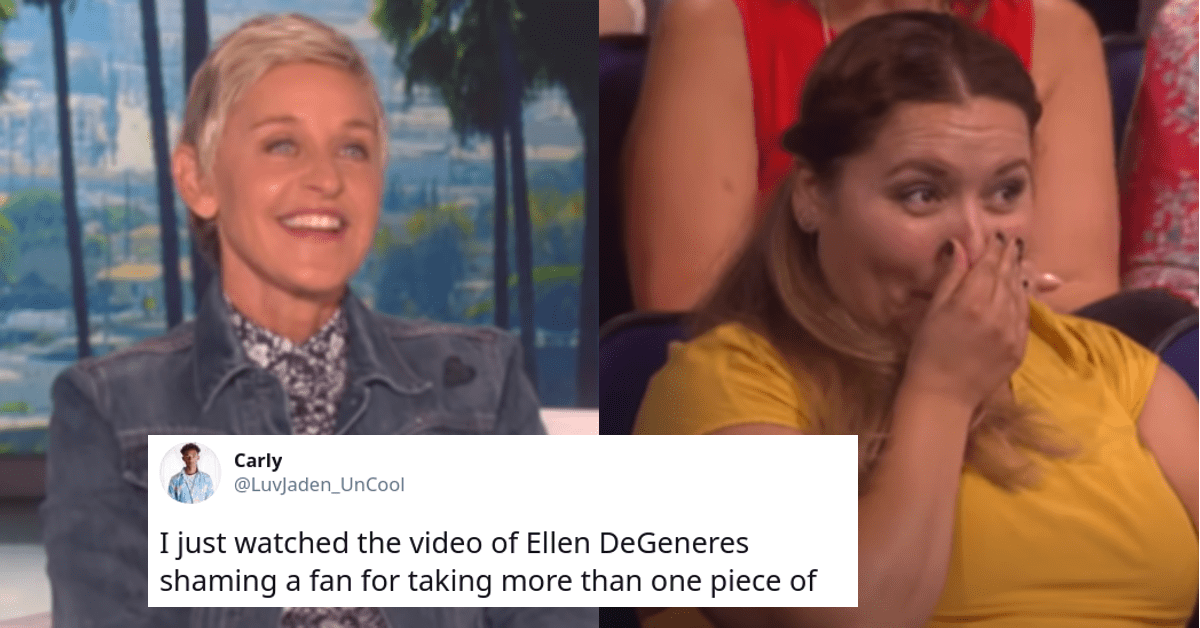 After years of treating her employees like shit and creating a toxic work environment where she bullied people and basically acted like a complete tyrant to anyone beneath her, Ellen DeGeneres is finally being forced to face the music and even issued an apology among rumours she’s set to quit The Ellen Show altogether.

Sorry but it comes from the top ⁦@TheEllenShow Know more than one who were treated horribly by her.⁩ Common knowledge. DeGeneres Sends Emotional Apology to Staff – Variety https://t.co/D0uxOgyyre

Indeed, the internet has kicked up such a fuss over this that Ellen’s protective bubble has completely popped and now old videos of her shitty behaviour permeating her actual on-screen product are being dug up. Like the time she shamed an audience member in 2017 for taking an extra item from the merchandise store after she instructed they could only take one:

Tellingly, Ellen’s people turned off the comments underneath the video on YouTube, because I guess so many people were giving Ellen shit for how she handled the situation.

While there’s a lot of talk of Ellen being replaced, Today reports that she will be back on air by September 9th for the 18th season of her show. I get the feeling she’s going to be a little bit nicer to people this time around.

To read some of the worst Ellen DeGeneres bullying stories out there, click HERE.