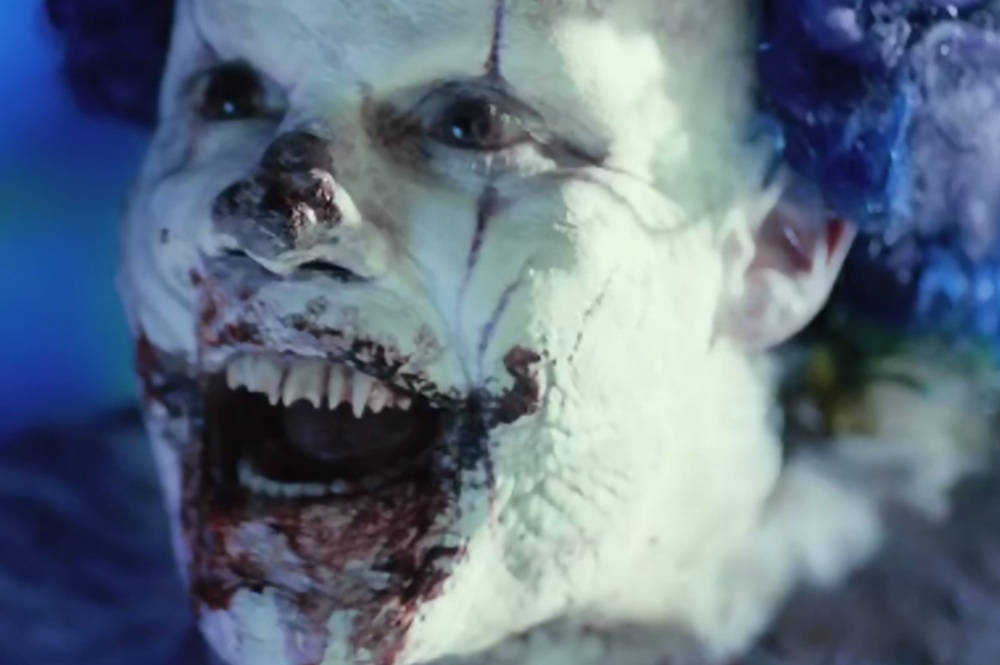 It might look like just another killer clown movie, but it goes places most movies wouldnâ€™t dare.

Eli Roth is like the new Wes Craven or John Carpenter in terms of the fact that every time he brings out a new movie with his name attached to it, everyone goes crazy and freaks out that it might be absolutely incredible and redefine horror movies. The thing is, a lot of the movies he has his name on he doesn’t actually have that much to do with – he only produced and briefly stars in Clown for example – but his name is still getting attached to them and could do him a disservice. Although after directing a Snoop Lion music video, is there any way his name could ever be anything but golden in our eyes?

The good news is that this doesn’t look like it’s the case for Clown though, with the trailer making it look absolutely spine tingling and a breath of fresh air within the horror genre. It seems the story revolves around a killer clown suit that once you’ve put on you can’t take off, and slowly transforms you into a killer clown intent on murdering little kids.

The trailer actually makes it looks really good and a step above your regular b movies, but unfortunately it seems like it might be one of those as it’s only received a DVD release over here, coming out last week. It also wasn’t released in America or Australia at all and has only been released in Italy bizarrely. Still, that could make its appeal even better as it may be destined to be another classic cult movie. If you check it out, let us know how it is.