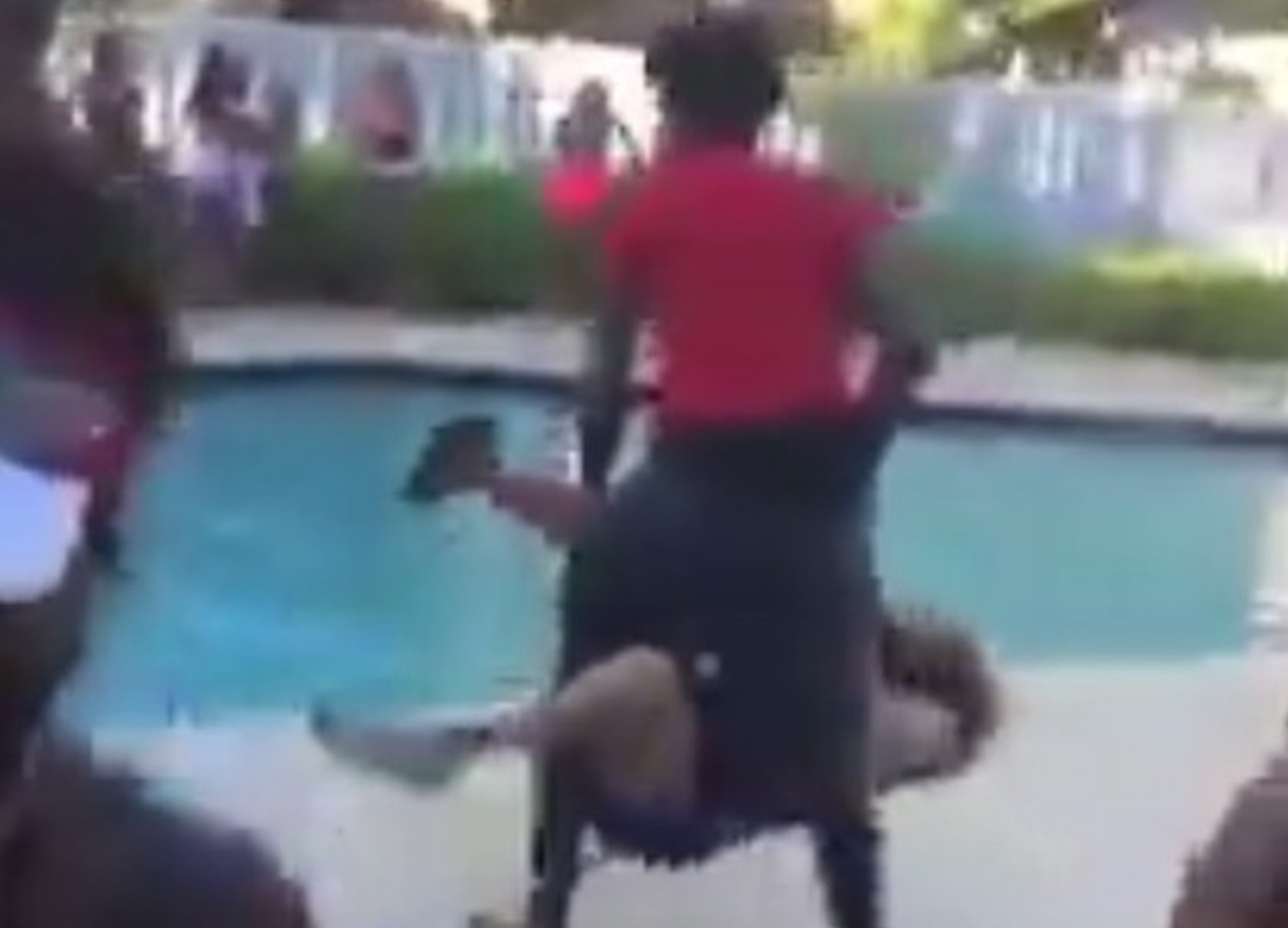 I’ve never really seen the point of complaining at people who are having a massive party to turn the noise down – like they’re going to bother listening to you at all – but people still continue to do it and ruin everyone’s vibe. Just suck it up and go for a walk or something, it’ll be over soon.

Or it could go even worse for you like the elderly woman in this video. She’s complaining about a pool party being too loud in what looks like the middle of the day – so you could argue that she’s getting what is coming to her for being such a grouch in the first place – but this is probably a bit too much.

I’m not really sure what exactly goes on, but it looks like one dude has a ‘funny’ idea to pick her up and throw her in the pool – which is pretty funny in fairness provided she didn’t have her phone on her and could swim and everything. Unfortunately though, the plan doesn’t even get that far as he slips and he slams her hard on the floor in the face, but still decides to continue with her original plan and drag her into the pool.

Ouch. I hope she’s OK because that is a savage slam and completely inappropriate behaviour from the dude. Sure it’s annoying she’s complaining but that’s no reason to beat up an old woman, just tell her to go away and get bent or something. Not cool.

Shout out to everyone at the party for being complete and utter pussies and just legging it off as well after all this went down. Is it really that much of a reason to shut down the whole party?

I guess the woman got what she wanted in the end, inadvertently. Shame she might end up in the hospital to achieve it though eh?

For more of the same, check out this pool party turn into a real life Royal Rumble. Hectic.