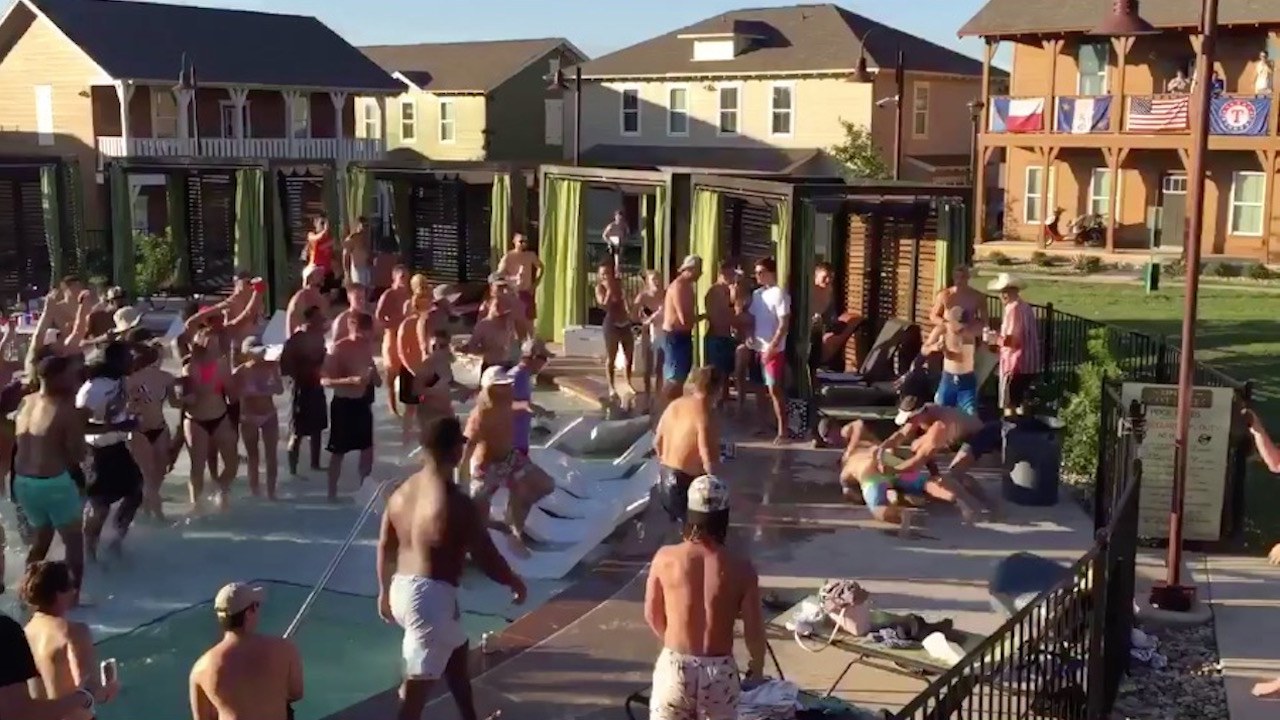 Watch the dude get OBLITERATED into the swimming pool.

Uni life is kicking off around the world for another year and over at Texas State University it’s warm enough for a fresher’s week pool party at one of the frat houses.

It’ s not clear why the whole thing erupts into a giant royal rumble, but amid all the chaos there are a few unreal moves being pulled off – see if you can spot them:

Firstly, that one guy at the beginning got speared Bill Goldberg style, and then the other dude got punched so hard he went spinning upside down into the swimming pool. Thoughts and prayers with that guy but still, what a thrilling sequence of events. You’d think it was an expertly choreographed Jet Li fight scene or something.