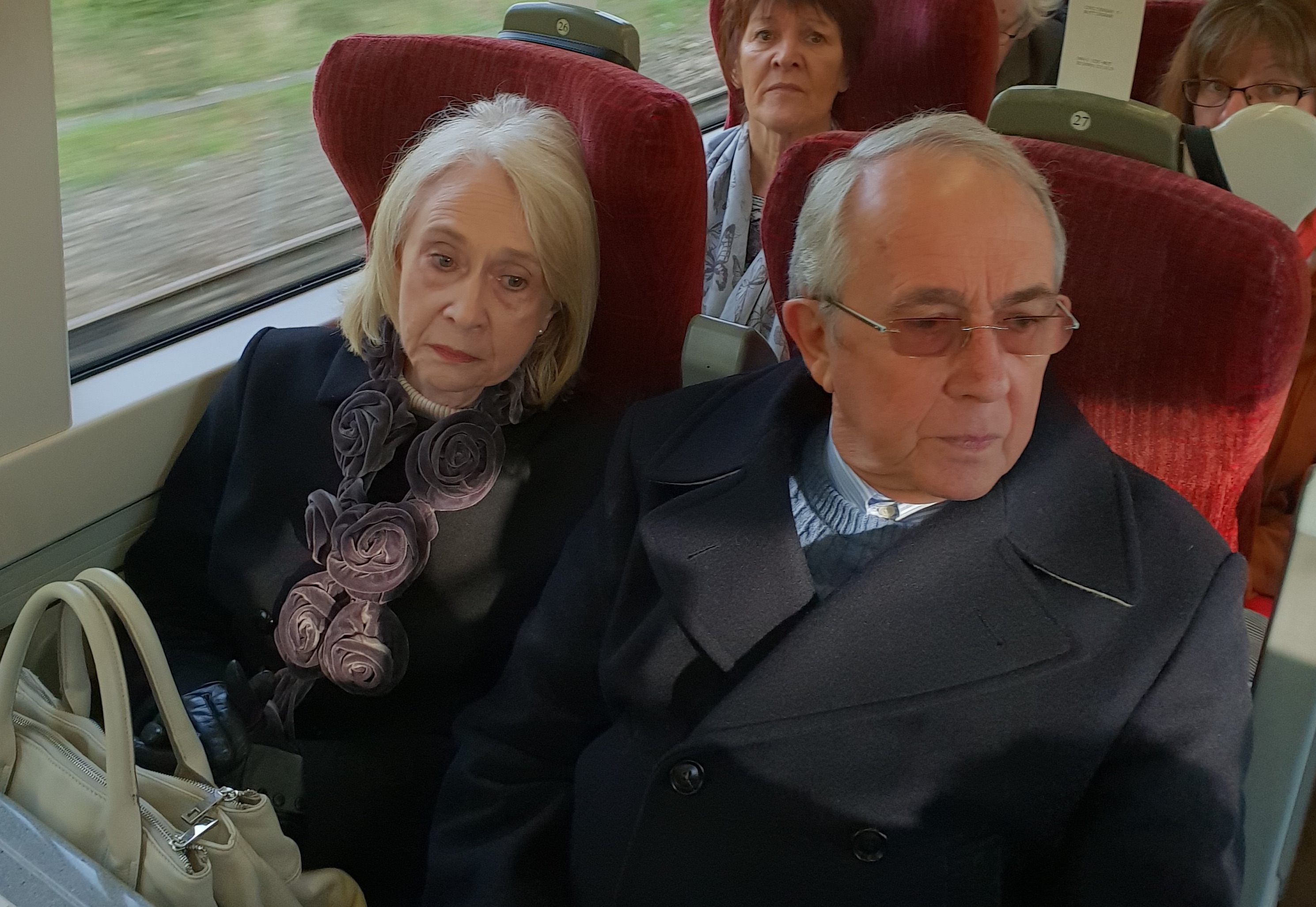 It pretty much goes without saying that there’s nothing worse in this country than when you have to get the train from say Manchester to London and it’s absolutely rammo and there aren’t any seats but if you’ve got the wherewithal to reserve your seats ahead of time then you really do deserve that seat you get – until some prick decides to sit in it and refuse to move.

Normally people are pretty embarrassed when you’re sitting in their seat and are just playing the odds with the hope that you don’t turn up, but sometimes they act like absolute knobs akin to the guys in this post. The couple pictured above refused to move their seats on the train from Cheltenham to Nottingham, despite the fact that they were hogging the seats of a 37 year old pregnant woman and her three young children.

Amanda Mancino-Williams posted a photo of the pair to her Twitter account and the story quickly went viral:

My 12yo is just staring this woman down. pic.twitter.com/moT5zjtFVl

A kind man offered me his seat. Spoke to conductor who was calm, lovely, and apologetic, said that instead of engaging with them that he was going to move us to an empty table in first class. I grabbed our bags and turned to the couple and said, with a smile, ‘enjoy your seats!’

I’m already being told off for posting a picture over an ‘everyday occurrence’. But isn’t that the point? It only continues to be an everyday occurrence as long as people don’t get called out for their pathetic behaviour. I’m sick of protecting assholes.

Just to clarify, this wasn’t Virgin, it was @CrossCountryUK. The staff member who handled was lovely. Giving us the only remaining table (in 1st) was an appreciated gesture but I’d like to know what happens to those who remain in a spot that isn’t there’s. Are there no penalties?

My kids and I were being fair and following rules and these two were not. They immediately switched into bully mode as they saw us approach, clearly aware that those seats were ours. Many of you have written to me having experienced the same, and I’m trying to read through all.

Now that their faces are on the internet and @MailOnline has asked if anyone knows them, I hope they realize that my disgust is towards their behaviour, not them personally. They could have been kind and reasonable. I hope they do better next time.

I mean she presented that pretty well didn’t she? I can imagine so many people @’ed her being all like ‘you’re awful not letting your kids stand up for these elderly people’, but that’s not really the point is it? They just took the seats and refused to even acknowledge the people who had clearly pre purchased them in advance.

It sounds as if the kids probably would have stood up for them as well if it had been the other way round, but unfortunately they never got to that point in the conversation due to the fact that they were stuck up dickheads about it. Hate to see people like that – hopefully the viral nature of this post will help to educate people about what dickheads they’re being when they do stuff like this.

For more of the same, check out this secret loophole that will save you hundreds on train tickets. Yes please.