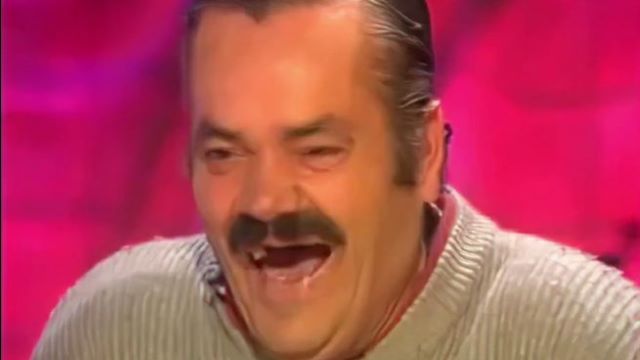 RIP to a true internet legend.

Internet legend Juan Joya Borja – known as the man behind the ‘Spanish Laughing Guy’ meme – has died aged 65, according to ABC de Sevilla.

The Spanish comedian and actor, nicknamed ‘El Risitas’ (‘The Giggles’) became world famous for his distinct, mocking laugh, usually edited into videos of physical fails and political cock-ups doing the rounds on WhatsApp and social media.

Here’s the original clip from his 2007 interview on Spanish TV show Ratones Coloraos:

My Spanish is no bueno, but according to Know Your Meme, Borja burst into laughter after telling an anecdote about throwing kitchen pans into the sea while working at a beach restaurant as a young man.

Last year, Borja suffered health issues including diabetes and an infection which resulted in the amputation of his leg. The internet raised enough cash to cover his medical expenses and the cost of an electric wheelchair. Just last month, Borja put out this video thanking them:

RIP to a true internet great. El Risitas may no longer be with us, but you already know that laugh is going to live on forever. One of the best laughs in history!