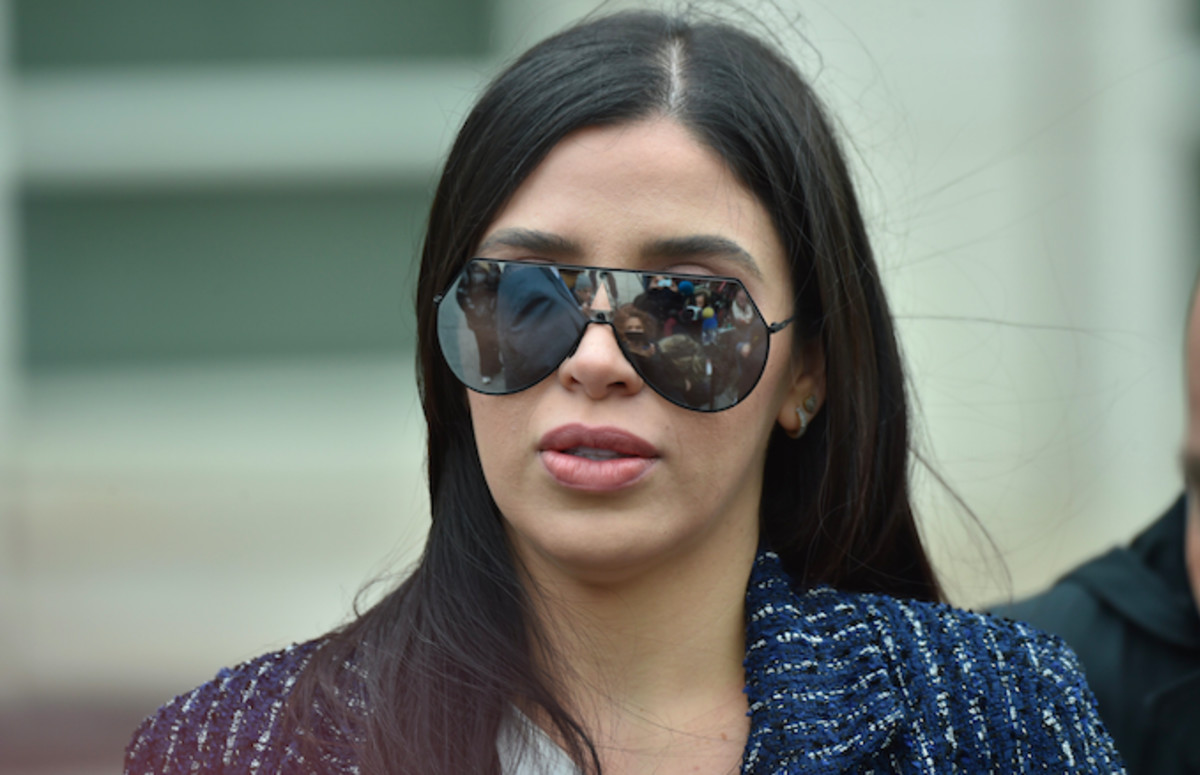 When I saw this I was intrigued about the fact that people were even making a drug cartel reality show – how could that work when surely everyone involved with it would be implicated in all manner of nefarious and illegal activities – but then I was even more shocked to find out that ‘Cartel Crew’ had already been running for two seasons.

In fairness though, the VH1 show doesn’t really sound anywhere near as good as a reality TV show about drug cartels should be, with the blurb instead announcing the following:

Cartel Crew stars the sons and daughters of cartel members give a glimpse into their personal lives as they navigate adulthood and the effects of their family legacies.

Yawn. You can see why the show probably hasn’t done that well despite running for two seasons and why they’re keen to get someone like El Chapo’s wife involved. The show previously revolved around Michael Blanco, who is the 30 year old son of Griselda Blanco, the former Colombian drug lord of the Medellín Cartel known as ‘La Madrina,’ ‘the Black Widow,’ ‘the Cocaine Godmother,’ and ‘the Queen of Narco-Trafficking’ but to be honest he sounds a bit wet and it makes sense why VH1 would be pursing bigger names for season 3.

The recent meeting between Blanco and 30 year old Emma Coronel Aispuro took place in typically decadent fashion as his boat pulled up to her yacht in Miami and the pair talked whilst flanked by a whole bunch of bodyguards. Hopefully someone was filming as well because that could be a great opening to Season 3.

Anyway, the deal is said to be on the table if Aispuro is interested, but nobody really knows is she is right now after the initial meeting. Either way, I don’t think I’ll be tuning in whenever her episodes are shown. Just sounds like a lameass show really doesn’t it? Much cooler idea to just rewatch Narcos.

(EDIT – I did actually find the trailer I posted for season 2 after I finished writing this article and I’ve gotta say it looks like the stupidest show I’ve ever seen and can’t possibly be real with the ridiculous storylines that seem to be happening in it. Why would these legit gangsters let people fill all of this? Really really stupid but maybe I am into it after all. El Chapo’s wife should definitely NOT go on it if she knows what’s good for her though.)

For more of the same, check out his wife saying how concerned she was that he wasn’t getting enough sex in prison. What a doll.