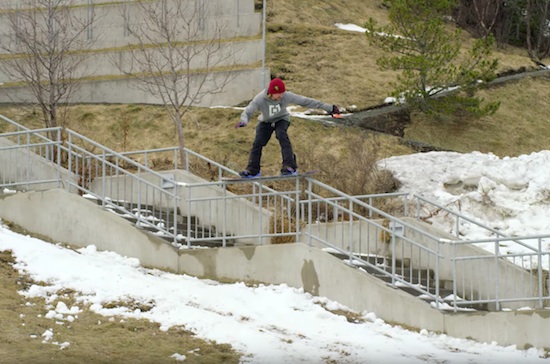 It took him ten days to nail the trick.

Snowboarding has always been skateboarding’s little brother in terms of the variety of tricks you can pull, but people like Eiki Helgason are trying to push it to its limits.

For his new documentary Island Born, Eiki shot all of the footage in his native Iceland and as such, found a whole bunch of spots that had never been boarded before where he proceeded to absolutely rip them apart. Case in point – this ten kink rail that the toughest skateboarders would probably wince at the thought of grinding.

Eiki does it no problem:

OK, OK, he didn’t do it first time just like that – it apparently took him ten days of filming to finally get it – but it’s still pretty goddamn sick that he managed to do it. Incredible.

For more snowboarding tricks, check out this 12-year-old kid who is completely and utterly sick. Gonna be one of the greats.