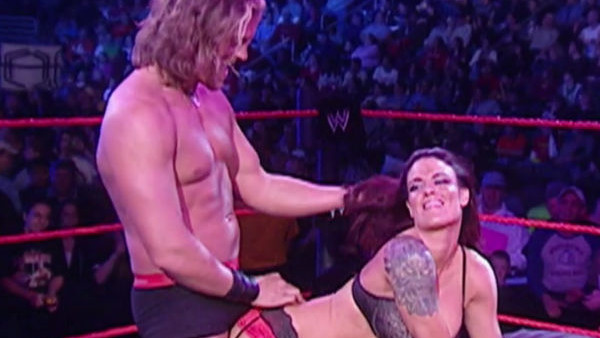 WWE was wild back in the day.

People are always talking about WWE’s Attitude Era of 1997 – 2002 and how that was pinnacle of wrestling as far as edgy content and bonkers storylines go. But we forget that mid-2000s WWE was actually a crazy time too.

In 2006, Edge had (in real life) an affair with Lita after she cheated on Matt Hardy with him. Vince McMahon of course turned this into an on-screen storyline and even booked this segment where Edge and Lita shagged under the covers in the middle of the ring:

Wild stuff. Obviously there’s no way of telling if they actually had sex or sucked each other off under those covers but even still, come on, Vince McMahon! There are kids watching!

What that clip didn’t show was Ric Flair turning up in the middle of all the fun and getting involved:

WWE is a lot more family-friendly now and would never book a segment like this in a million years. But hey, we’ll always have the glory days.