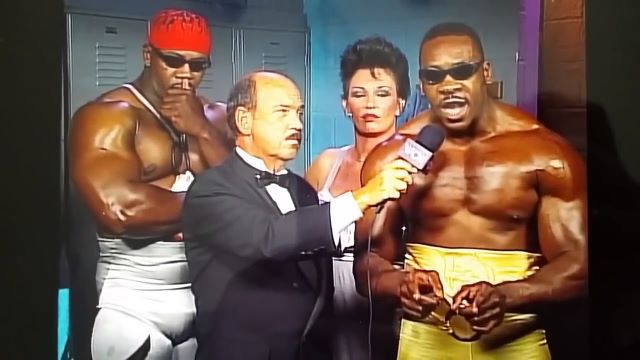 I don’t think I’ve ever heard of a black dude regretting saying the ‘N’ word before, but when you’re in the middle of a live rated-PG TV show that is watched by kids around the world it’s probably not the sort of language you want to use.

Back when WWE legend Booker T was in WCW, he was cutting a super intense promo on Hulk Hogan of all people and I guess he was so in the zone that the word just slipped out:

Yikes, his reaction immediately afterwards says it all. The guy was so fired up that he thought he was in a legit street beef situation and not just hyping a fake fight against a guy who is 100% white no matter how much fake tan he throws on.

Booker T can see the funny side now though:

For a guy who definitely regretted saying the N word, check out this video of a kid knocking out his own dad for racially abusing his best friend.