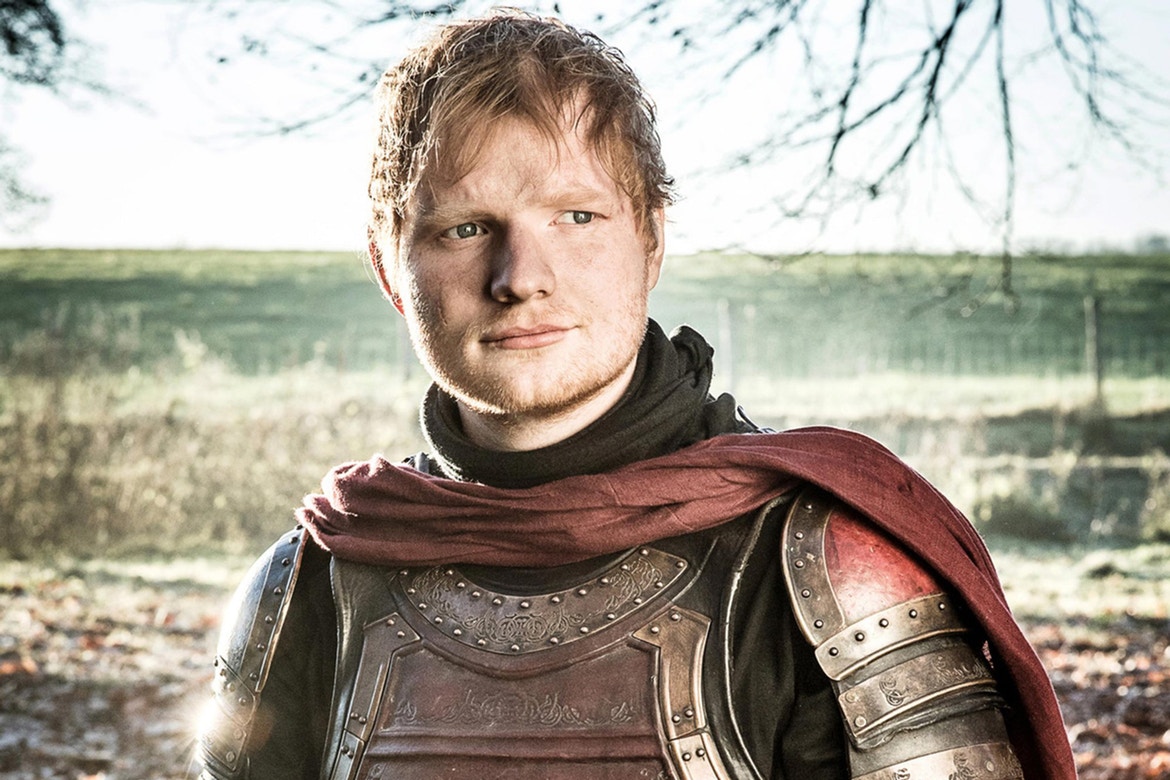 Ed Sheeran might be one of the most successful musicians in the world but that doesn’t mean he isn’t still a 26-year-old kid when it comes down to it and he can’t just ignore criticism like everyone else. In fairness though, most of us probably don’t have to deal with millions of people calling us a ginger dickhead every day.

Ed was playing to a group of soldiers hanging out in the woods who Arya Stark dropped in on. He sang a song from the book’s source material and offered her some rabbit and that was about it. Job done.

Turns out that everyone was pretty miffed about it because unlike other cameos from other musicians – like some losers from Coldplay and Snow Patrol that nobody would even recognise anyway – Ed’s cameo was in plain view and blatantly obvious. Many felt that it was a stunt that a show as big as ‘Game Of Thrones’ didn’t really need to resort to, and obviously took to Twitter to vent their frustrations at Ed and the show.

So Ed did probably what any normal person would have done in the wave of such abuse and decided to delete his account. He insisted on Instagram that it wasn’t anything to do with the amount that he was getting rinsed, but I feel like it’s a bit of a coincidence that it happened at the exact same time, don’t you? Can’t really blame the guy though, it must be hard getting so much abuse from idiots all day for no real reason.

The ‘Game Of Thrones’ producers on the other hand have defended their decision saying that it was just a prank on Maisie Williams as she’s a massive fan of Ed and they’ve been trying to get him on for ages. So yeah, basically a big FU to all fans of the show who love its fantasy world and don’t wanna see big stars like Ed Sheeran making dumb cameos. As long as we get Maisie Williams though, it’s OK.

For more Ed Sheeran, check out his doppelgänger who says that looking like the singer is ruining his life. Unlucky.