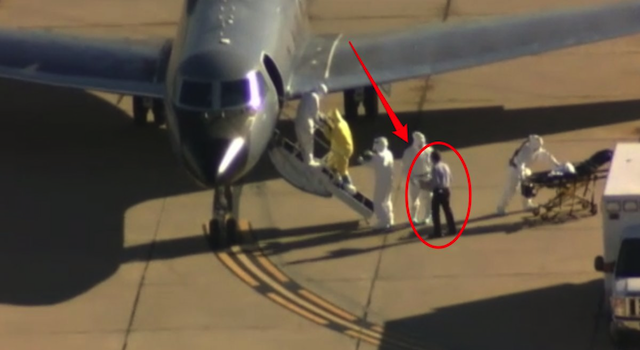 All major disasters have their conspiracy theories, now Ebola has one.

In recent times, almost all disasters have had their conspiracy theories – like the guy on the roof during the Boston Marathon bombing and countless other crazy ideas about it – so it’s kind of strange that the whole Ebola outbreak that is gripping the world at the moment hadn’t had one yet. That all changed yesterday though.

As you might have heard, the second case of Ebola in America was diagnosed yesterday with the unlucky victim being one Amber Vinson. Yesterday, she was transported on a private plane from Dallas to Atlanta for treatment but during the process one guy with a clipboard stood out massively on the runway at Dallas airport because he wasn’t wearing a hazmat suit like everyone else and was standing pretty damn close to Vinson for someone that didn’t want to catch the disease. He also helps the hazmat team with their cleanup and then boards the plane after Vinson, arousing further suspicion. 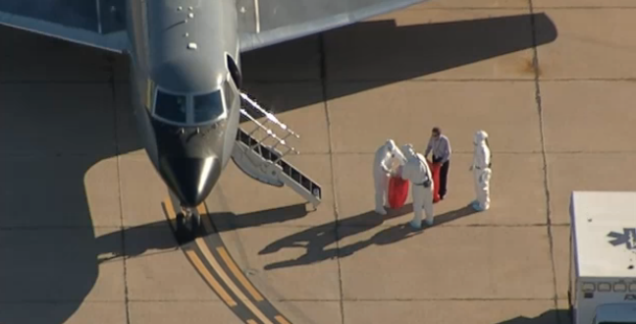 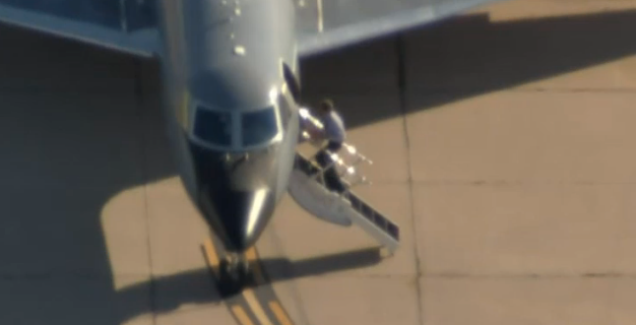 The aptly named ‘Clipboard Guy’ suddenly became a beacon for conspiracy theorists everywhere, although nobody has really joined the dots to create some completely outlandish theory about Ebola, but very on definitely thought it was weird that he was just hanging out there with a clipboard and no protection and definitely thought he was up to something. Phoenix Air – who transported Vinson and Clipboard Guy – gave the following explanation:

His role is to oversee the process of transport including on the tarmac,” Randy Davis, vice president at Phoenix Air, told NBC News. “Part of our protocol is to have 1 person NOT in a bio-Hazard suit.

Davis said the man, who he did not name, is the team’s medical safety coordinator. Standard protocol is for him to wear street clothes, Davis said, because the suits can block field of vision and hearing. Davis said the man has been trained on keeping safe distance from patients and is ready to “suit up” if needed.

Still sounds a bit fishy to us, but like I said earlier there isn’t even really any theories about what he’s up to, just that it was weird. We’ll probably be hearing all about him for years to come though because as we saw with all the Flight MH370 conspiracy theories, they never just go away.