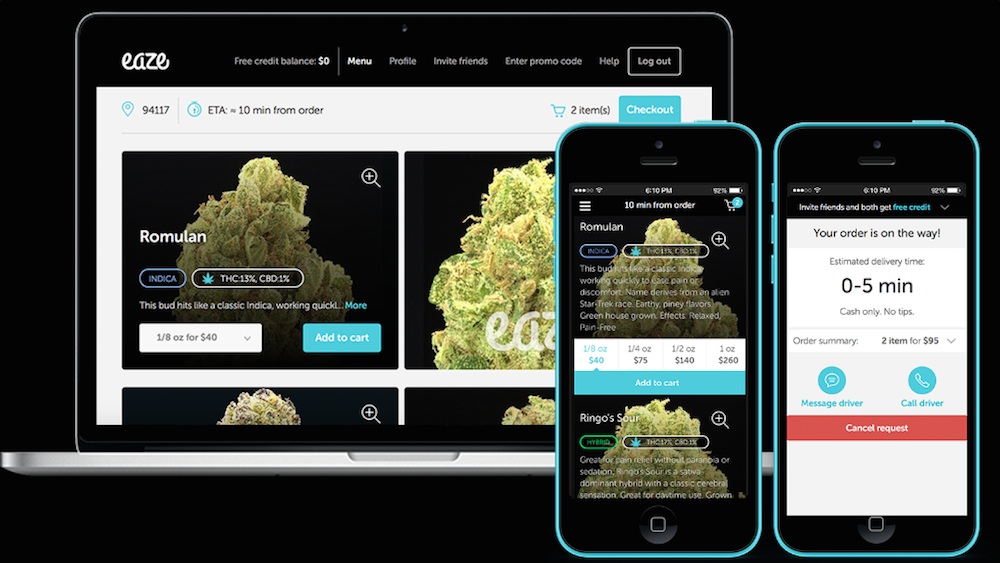 With the advent of Uber, there’s been an influx of apps which try to get you your product with the minimum amount of hassle and so it can’t really be that surprising that some kids from California have started the Uber equivalent for buying weed.

It’s called Eaze – amazing name – and it promises to have high quality weed delivered to your location within ten minutes of ordering. Wow – that  is certainly way more impressive than waiting forty minutes in your car for some drug dealer to turn up really late and then undersell you some crap skunk.

Obviously weed is only fully legal in Colorado, Washington and Oregon (although that doesn’t necessarily mean it’s safe according to this documentary), but with medically prescribed weed available in fifteen other states – including California – it merely becomes a question of obtaining the right paperwork and credentials in order to use the app. Unfortunately though that does mean that it’s unlikely that Eaze is going to be much use over here anytime soon. Still, the fact that it even exists is great news and there is hope that it might make it over here when we exit the stone age in terms of our drug laws. 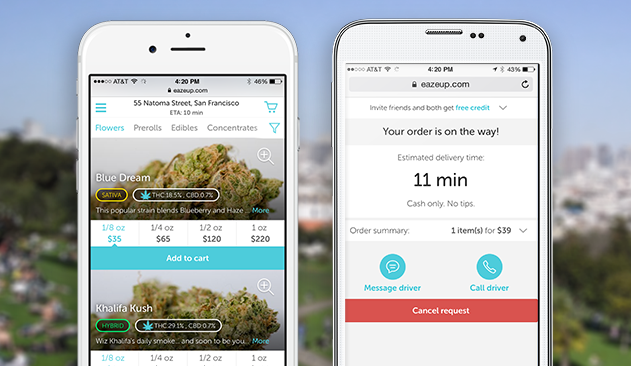 Eaze just announced that it’s managed to raise $10 million to back it over in America and that one of their key shareholders is Snoop Dogg. Surprise surprise. Basically, they’re now using that money to set up shop in the states that allow the legal sale of marijuana.

Looks like they’re going to be pretty much unstoppable if they can deliver a product as good as the game they talk. Fair play – it’s definitely a service that I would use that would make my life ten times easier if it was available. If only. They probably need to make sure they don’t employ people who are as creepy and weird as some of the Uber drivers though.