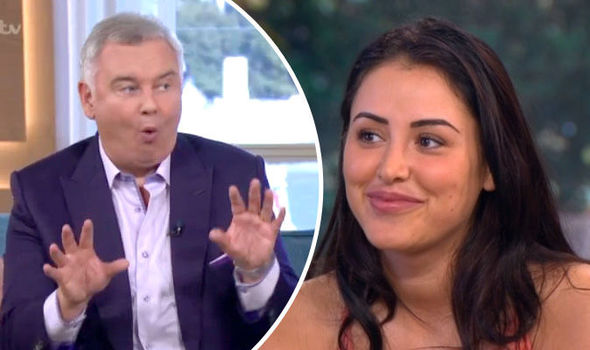 Eamonn Holmes being the moronic, sexist creature that he is decided it would be a good idea to ask Marnie Simpson (from ‘Geordie Shore’ and ‘Celebrity Big Brother’) to flash him live on ‘This Morning’. While his wife was sitting next to him. Good one mate.

The “star” was getting grilled for her behaviour on ‘Celebrity Big Brother’, with Ruth Langsford asking her why she decided to flash her tits to Saira Khan in the house. While Ruth was being quite stern about the incident, Eamonn piped up by saying “Just show us what you did to her again.” Chill out mate.

I bet he got an earful from Ruth after that. Seriously though, that’s not really appropriate behaviour, particularly for daytime TV, although when has Eamonn Holmes ever displayed that? He’s a joke of a reporter.

To watch him completely balls-up an interview with the one and only Jeremy Corbyn, click HERE.