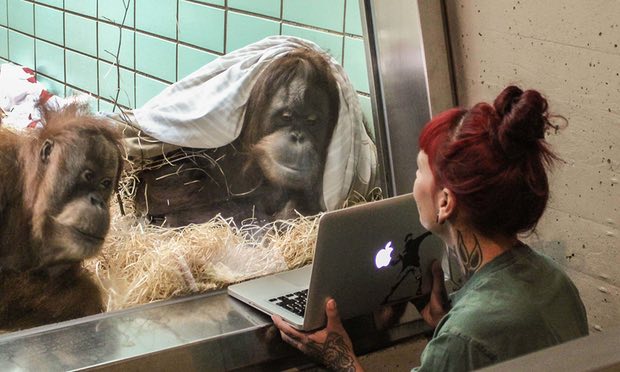 It works for humans so why not?

I’m not really sure of the mating techniques of orangutans – I assumed it was just like what humans would do i.e. the guy would be really mean to the girl until she ended up actually liking him and then they would hook up – but it turns out that they’re now following in the footsteps of the latest human dating craze and are turning to Tinder.

Over at the Apenheul primate park in Apeldoorn, the team have started a four year experiment which they’re calling ‘Tinder For Orangutans’. Original. The process is going to involve the teams showing potential partners to Samboja, an 11-year-old female, on a touchscreen and getting her to pick the ones she wants to meet before actually introducing them for mating purposes.

Thomas Bionda, a behavioural psychiatrist at the zoo, explains the reasons for the experiment: 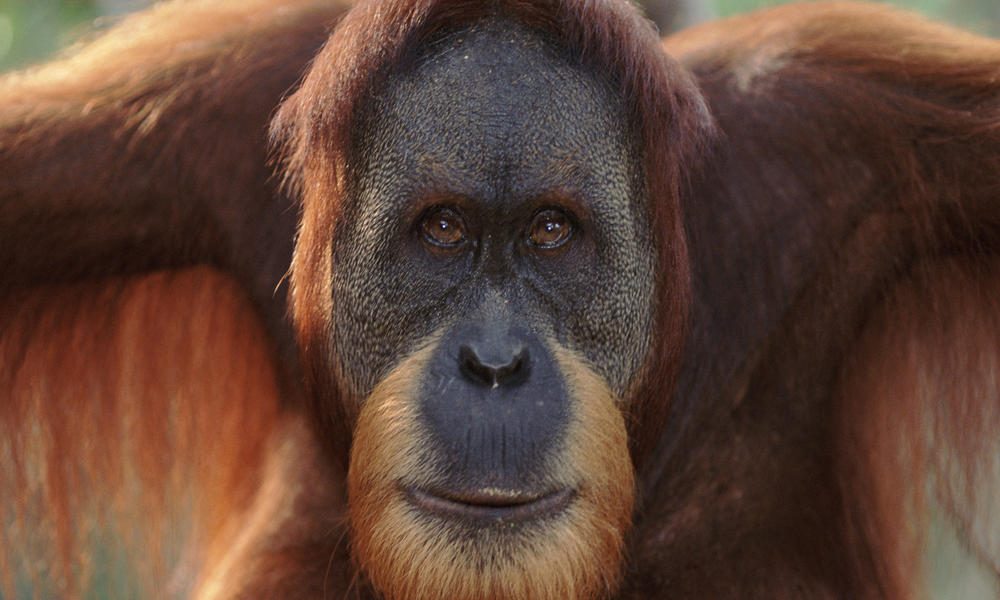 The aim is to gain a deeper understanding into how female orangutans make their mating choices. It’s also practical because the zoo sometimes has to ship males in from as far away as Singapore and it doesn’t always work out.

Often, animals have to be taken back to the zoo they came from without mating. Things don’t always go well when a male and a female first meet.

Emotion is of huge evolutionary importance. If you don’t interpret an emotion correctly in the wild, it can be the end of you.

This is completely digital, of course. Usually, smell plays an important role too. But with the orangutans, it will be what you see is what you get.

Sounds good to me – you’ve got to admit it would be pretty awesome to just swipe right on Tinder and then get that match turn up at your door pretty shortly afterwards. Oh wait, I forgot – that’s what happens with Tinder most of the time anyway doesn’t it? Still, it’s cool to see it being applied to other animals sure.

Unfortunately the zookeepers haven’t yet been able to implement the process as they’re having trouble building a touchscreen that is powerful enough to withstand some of the orangutan’s tantrums. They don’t think it’s going to take that long to sort out so it shouldn’t be too much time until Samboja is getting some 24/7. Player.

Let’s just hope she doesn’t end up featured in our regular Tinder nightmares column and manages to find happiness. She deserves that.