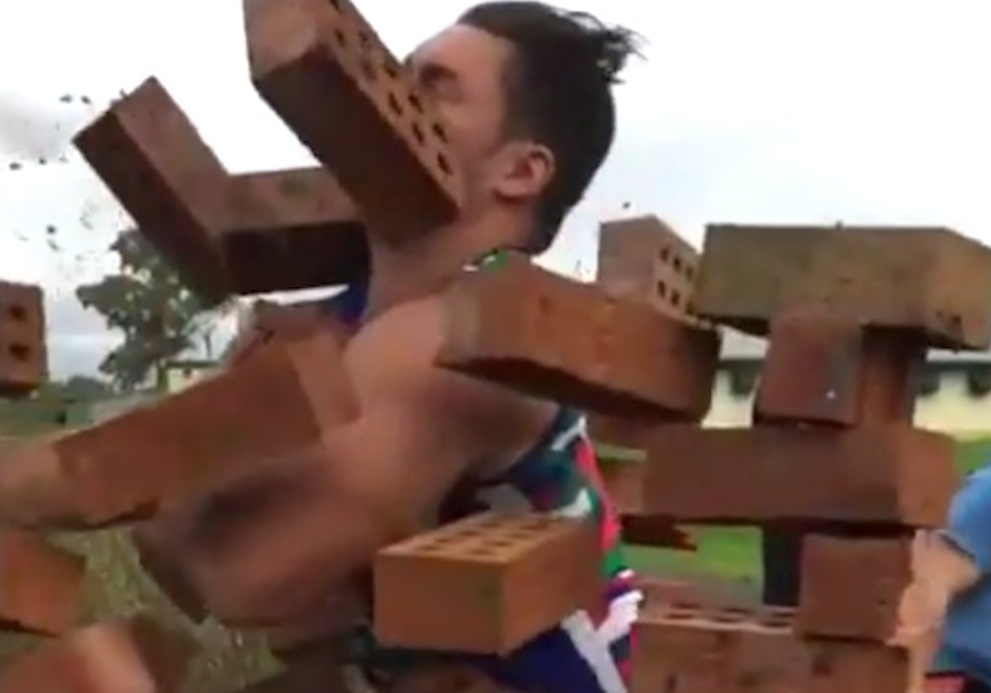 Taking the phrase a bit too literally there.

Long has the phrase ‘he’s run through a brick wall’ been used to describe tough athletes in American football and rugby, but I don’t think any players have ever actually run through a literal brick wall in order to prove how hard they are.

Step forward David Andjelz an Austral;ian kid from Blacktown who is hoping to gain a professional contract with the NPR in a new Channel 9 reality show called The Rookie, which hopes to develop the next outstanding young player in the league. As part of his audition video, he decided to actually run through a brick wall which has got to be one of the dumbest ideas ever.

In fairness to the kid though, he absolutely demolished that brick wall and even though he’s all cut up, it doesn’t look as though it phased him that much. I think he probably deserves a spot on the show just because he’s so crazy you’ll have no idea what he’s going to do next. That’s almost as entertaining as Orgasm Wars over in Japan – ratings would go through the roof for this guy. It’s a no brainer.