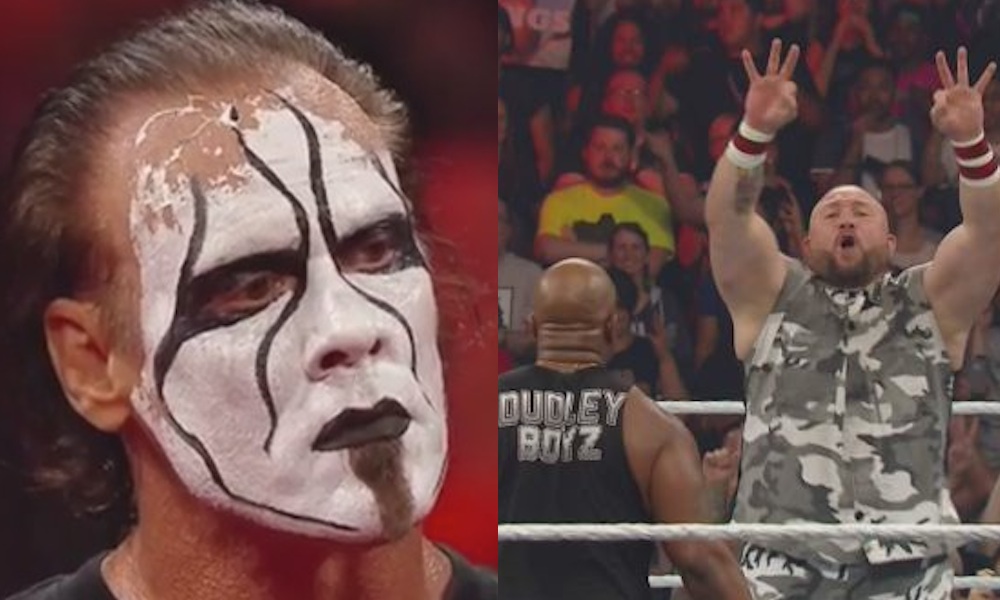 Three of the biggest names in wrestling history returned and proceeded to beat the crap out of everyone yesterday.

Ok look I’ll level with you, I don’t watch WWE anywhere near as much as I used to, so I don’t know what’s going on really at the moment  – except for Brock Lesnar V Undertaker, obviously. However, I couldn’t help but get excited when I read that The Dudley Boyz came back and annihilated some new tag team called New Day last night on Raw.

I don’t really get what’s going on with New Day, but they seem to have a manager who likes playing the trombone during their celebrations and they looked like they had some pretty good moves to be honest. None of that mattered at all when The Dudley Boyz logo popped up on the Titantron and D-Von and Bubba Ray headed down to the ring to unleash hell on them and put them through a few tables though.

You get chills when you hear ‘D-Von, get the tables’ and it’s amazing to think it’s actually been ten years since these guys have appeared in a WWE ring together. Although they’ve probably just been brought in on a short term basis to put these New Day guys over, there’s still nothing like an unexpected return in wrestling to give you that buzz.

Not to be outdone though, Raw got even better later on in the night when we also saw Sting return. For some reason HHH was unveiling a statue of Seth Rollins, only when the curtain dropped off the statue it wasn’t actually Seth Rollins but it was Sting. Holy shit! He attacked Rollins and chased him off whilst holding up the World Title, presumably leading into a feud between the two of them, although I’m not sure who’ll go over in that one. I’ll be paying attention though because it’s Sting, you know? You can watch that whole segment below, skip towards the end though if you don’t want to hear Rollins talking for a while.

If you’re having a blast reminiscing about the good old days, then check out these pictures from Mankind and Undertaker’s classic 1998 Hell In A Cell match too.